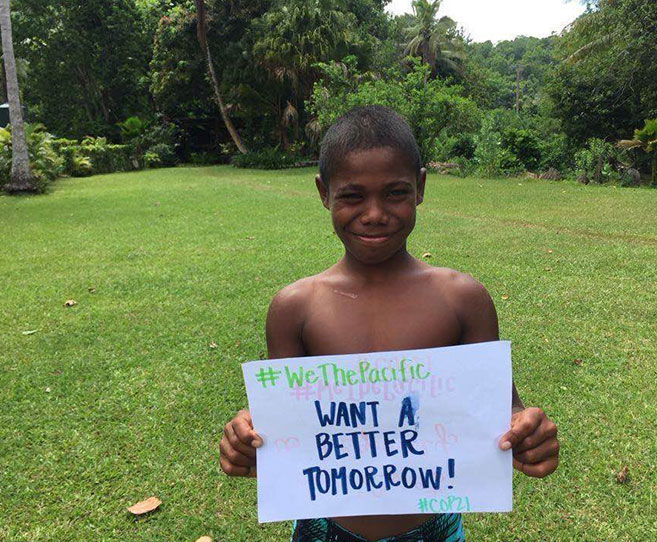 Do you care about our environment, and how climate change is affecting our island homes? I do, and I believe in nothing more than the importance of making sure our voices are heard when it comes to OUR environment, OUR homes, and OUR lives. If you agree, join us and the hundreds of Pasifika people who are doing all they can to make sure the world stops and listens to what we have to say. Even if it’s something as simple as reading this article, sharing your thoughts and voicing your support on social media – every little thing counts. Today we sit down with the wonderful Michaela Long as she discusses the importance of the #WethePacific movement and the cause behind it that has moved so many of us to stand up and make sure our voices are heard.

Tell us a bit about yourself, the work that you do with Greenpeace, and why it’s so important?

Bula! I’m Michaela Long and I work with Greenpeace Pacific. Since I was a child I’ve loved the environment and everything in it. Growing up in Fiji has meant that my childhood was spent outdoors, either in the ocean or on my parents honey farm in Western Viti Levu, running about wild – as you can only do in the Islands. Because of this I’ve always known about climate change and the very real effect it has on us as people of the Pacific.

Since June I’ve been working with Greenpeace Pacific alongside several other Non-Governmental Organisations (NGOs) in the region under the umbrella group PICAN (Pacific Island Climate Action Network) towards the COP21 Climate Conference (21st Conference of the Parties to the United Nations Framework Convention on Climate Change) happening in Paris at the end of this month. Over in Paris we have two events – one for world leaders and their delegations to attend, and another for us, the general public. At both events we’re aiming to showcase the authentic voices of Pacific Island people through a display of song, dance and poetry. World leaders will hear our calls for a 1.5 degree temperature change limit, global moratorium on new coal mines and a loss and damage mechanism all of which is highlighted in the Suva declaration, which will be championed. 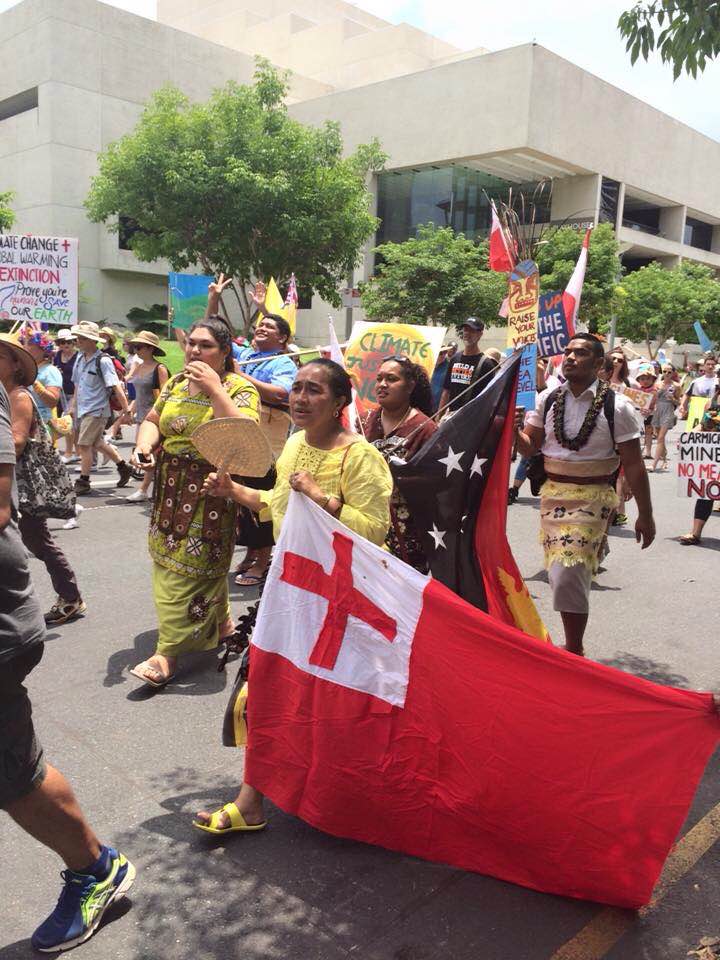 How does your work line up with the efforts of Pacific people and leaders in regards to climate change?

The very scary reality is despite having contributed almost nothing to global greenhouse emissions (0.03% collectively), Pacific Island countries and territories are facing the brunt effects of climate change and whilst we have long shown leadership and determination in tackling this issue, unfortunately our efforts are all too often drowned out or watered down by larger countries such as Australia and New Zealand.

The sentiment among Pacific Island leaders and the Pasifika people is that western nations are exerting too much influence over the decision making process in the region and the compromises that the Pacific is being forced to make, is now impacting our survival.

However, when the Pacific leaders head to COP this year, they will no longer be travelling alone. Pasifika people from civil society, along with the immense social media movement, will be there alongside them in support and solidarity, helping our leaders to represent us all as authentically as possible.

The world will hear our voice, our plea, our struggle – and this time the World will listen. 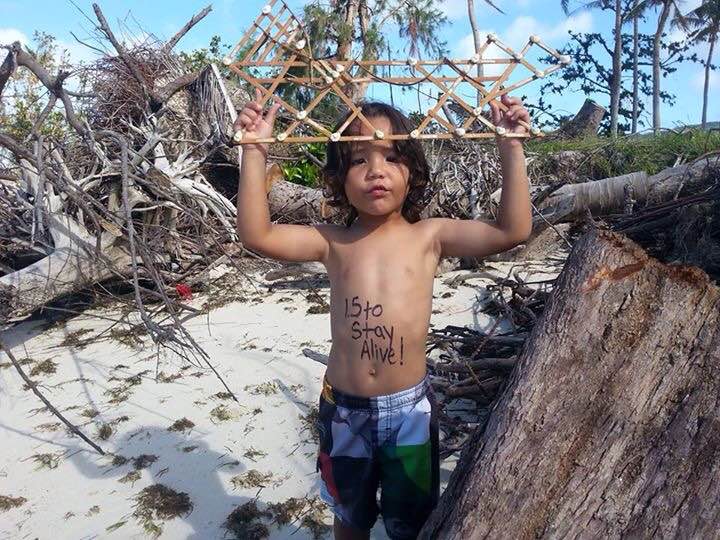 What does “#WethePacific” mean, what does it stand for, and how is it making an impact?

The #WeThePacific movement is one that was born from the statement ‘We the people’ in the sense that it represents the authentic feelings of our Pasifika people.

It gives our people a chance to deliver their messages of genuine island strength, unity and determination to a global audience!

Every single message shared on social media with the hashtag #WeThePacific will be shown during the Conference in Paris, sending messages from grassroots level to those who are out there making the big decisions.

Photos, videos and every other sort of media imaginable make the cut! It’s all about getting our voice out there. We have several prominent Pasifika people who have joined the movement helping to gain momentum! 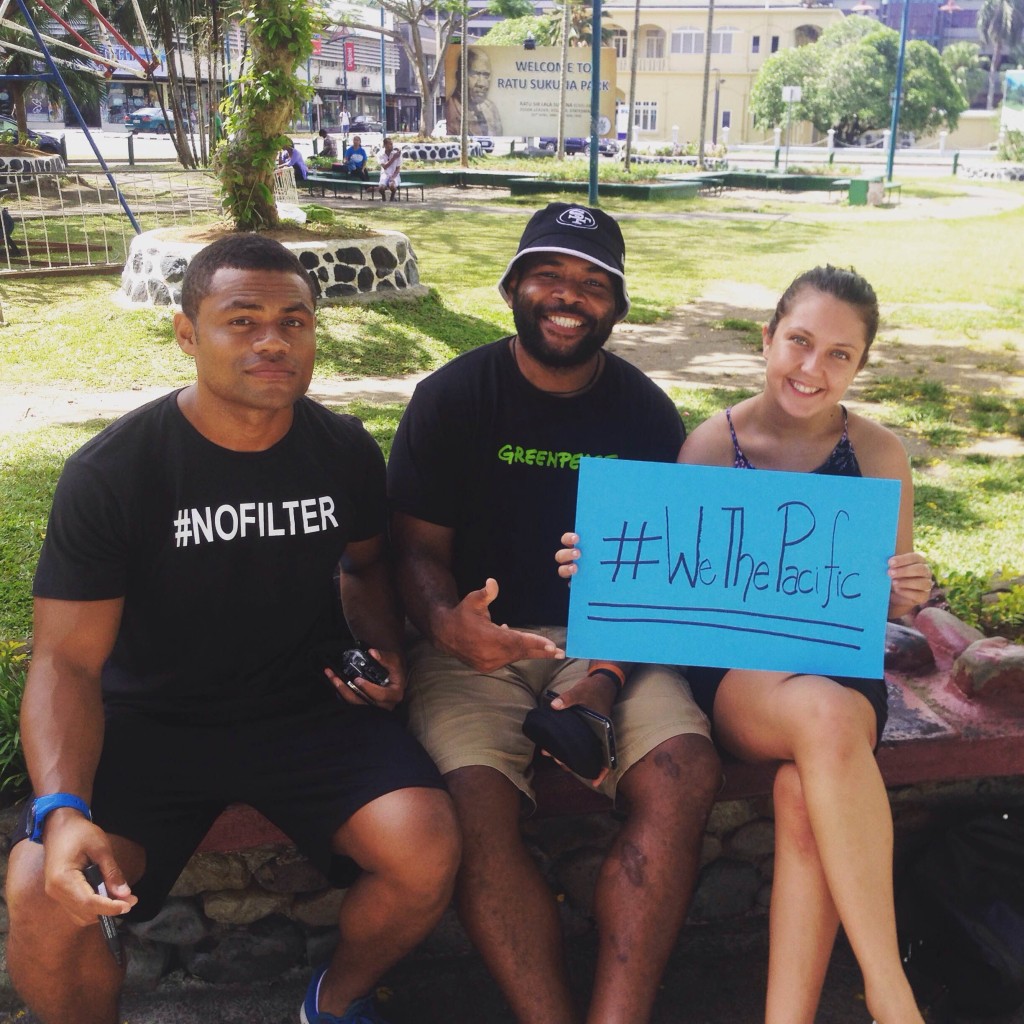 What advice do you have for young Pacific people who want to make sure their voices are heard?

Stand up and speak out! Get involved in absolutely everything you can think of!

Social media is your best friend when it comes to reaching out to the international community.

Be well spoken and know your facts.

These are our islands and our homes, we have EVERYTHING to lose if we don’t act soon enough.

Personally, I feel like a key element is education alone. I know for me at any rate, the more I have learnt about the situation and how unjust it is, the more I feel impassioned to do everything in my power to help!

Above all though, stand as one with your Pasifika brothers and sisters because together we can forever rise higher than the tide. 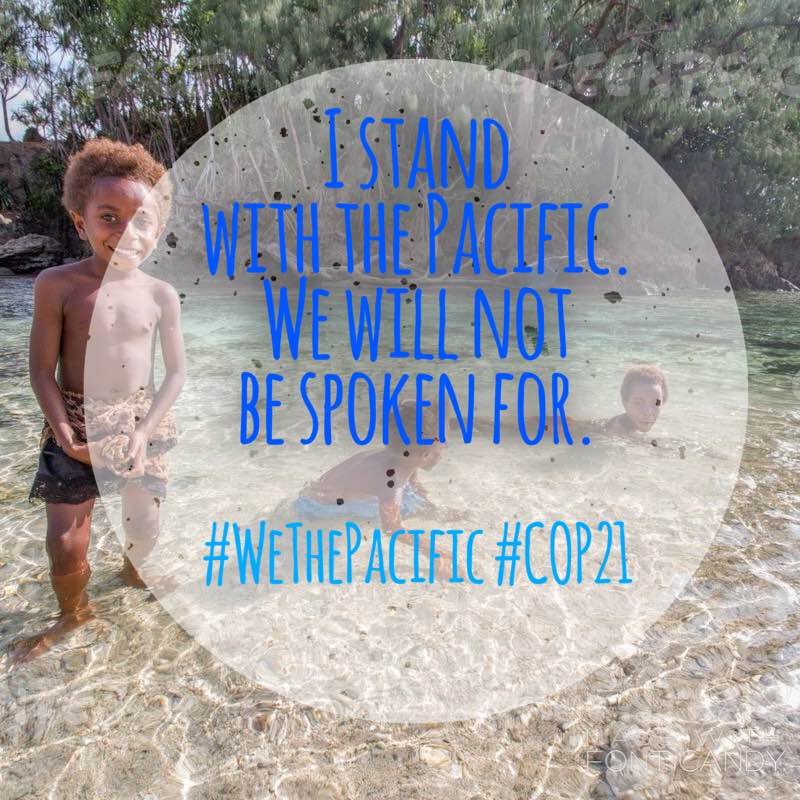 A huge thank you to Michaela for sharing her story and shedding a light on what’s happening in the Pacific, in Paris, and all over the world when it comes to climate change and the #WethePacific movement. We stand behind her and our leaders as the COP21 conference takes place between 30 November and 11 December 2015.

One year on: Broderick Mervyn’s journey to the 6th Asian Pacific Youth Parliament