For Tonga, For Pasifika: Have Your Sei 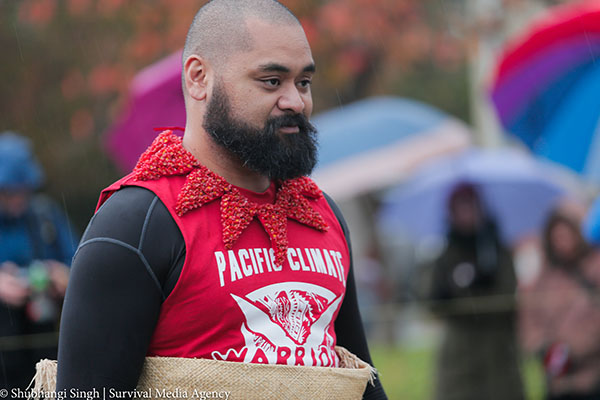 Joseph-Zane Sikulu is a Pacific climate change warrior, and Pacific Project Coordinator for 350.org. Along with many Pacific islanders, Joseph is representing his island nation Tonga at COP23 in Bonn, Germany to Have their Sei in the fight against climate change – a petition and declaration that was delivered with 23,648 signatures from 110 countries.

I come from a long line of proud Tongans. My family comes from the island of Ha’apai in Tonga, which is a group of islets and reefs located 20 degrees South / 174 degrees West in the South Pacific Ocean (population 6,600).

When my ancestors decided to move to the main island of Tongatapu, they dismantled our family home piece by piece and put it on their canoe and voyaged to a new beginning where they put our ancestral ‘fale’ (home) back together again with each piece of wood lashed together with sennit rope. This house still stands strong and proud today in Tonga and this is what I am fighting to protect, my culture, my people and my heritage.

Though I may have made my home in Sydney, Australia I am still very much fighting for climate justice for my ancestral home, Tonga because I know what’s at stake and I am duty bound to act because with my life in the diaspora community comes responsibility to advocate for climate justice on behalf of my people.

My eyes were opened to climate injustice in 2014, when the Pacific Climate Warriors blockaded the world’s largest coal port in Newcastle, Australia with traditional canoes and I was asked to come along by a colleague. I then met the late Koreti Mavaega Tiumalu, a fellow Pacific Climate Warrior who played an influential part in my journey to joining the cause. But the pivotal point for me was the country that I now call home is one of the biggest culprits in affecting climate change in my ancestral home. Bottom line, fossil fuels equal loss of homes everywhere.

As Pacific Climate Warriors we are fighting to limit global warming to 1.5 degrees Celcius and most importantly leaving all fossil fuels in the ground and I honestly believe that countries like Australia need to start investing more in renewable energy because like it or not they are the ‘big brother’ in the Pacific backyard. We Pacific islanders must hold them accountable.

You see Tonga is a tiny island nation with a population of approximately 107, 100 and of that 70,000 live in the capital of Nuku’alofa. That’s less than 0.5% of the Australian population. A drop in the ocean but we are a drop that has the only ruling constitutional monarch in the Pacific with generations of rich culture and heritage that is in danger of extinction as our communities deal with rising sea levels, extreme weather patterns and erosion to name a few.

80% of Tonga’s population lives on the coast and already small tourist businesses are relocating further back from the coastline because of erosion. Infrastructures in informal settlements are beginning to wash away by rising tides.

COP23 is the ‘Pacific’ COP because Fiji is holding the Presidency. My goal is to see the Pacific Warriors Declaration on Climate Change being delivered at the end of the weeklong discussions and negotiations.

We are fighting to:

The day before the COP opened, my fellow Pacific Climate Warriors confronted Europe’s biggest source of CO2, just around the corner from Bonn, where the Climate Talks take place. We stood in solidarity with over a thousand people that put their bodies on the line to bring coal operations to a halt. 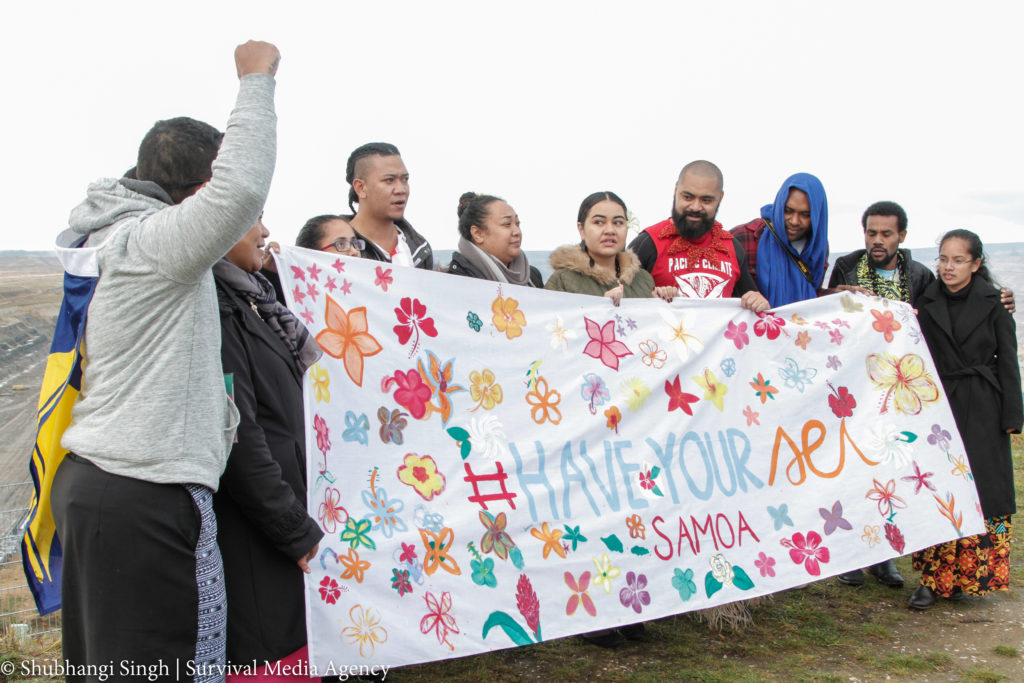 We held a traditional ceremony in a village close to the mine, which is set to be demolished to make way for the expanding mine, in a call for an end of fossil fuels to protect our common home. The ceremony will involved handing over blessings in the form of giant 6m-long red sei flower petals made from Pacific tapa cloth. 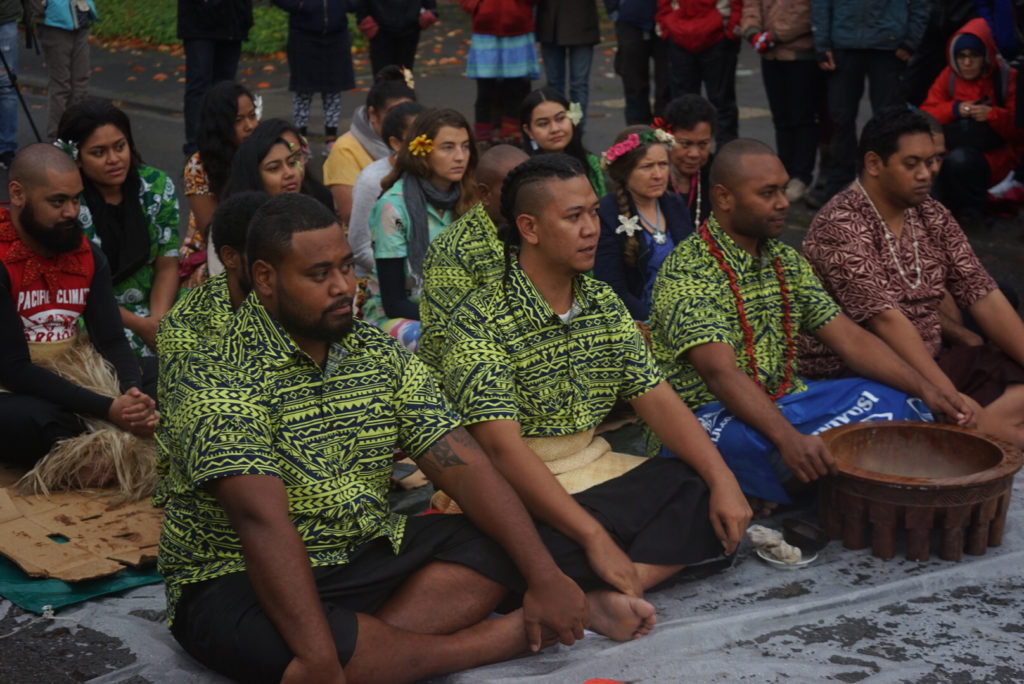 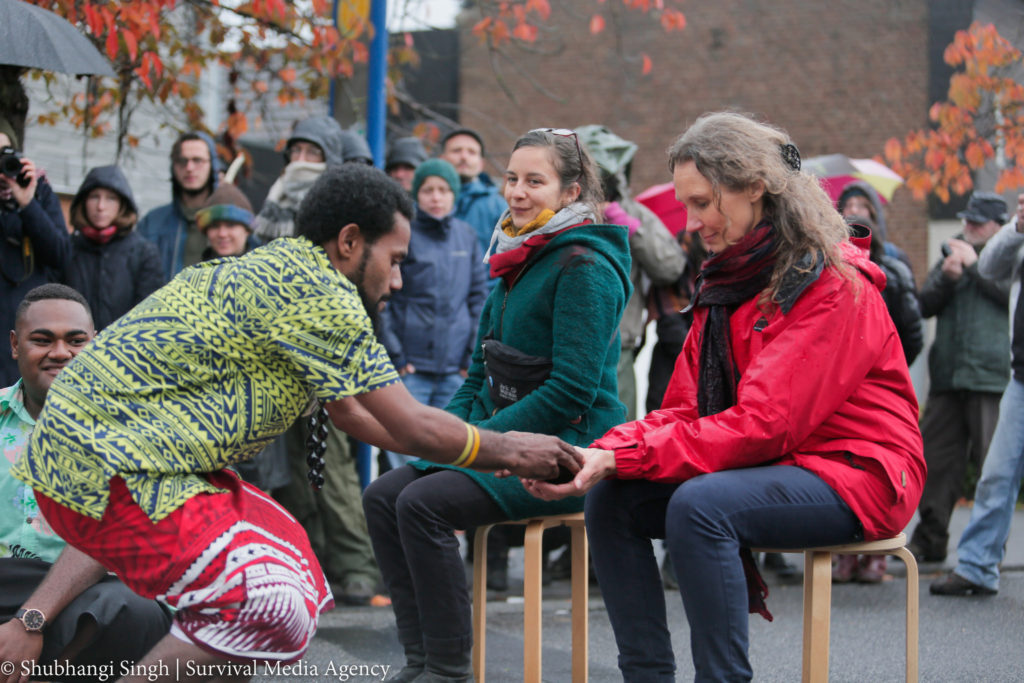 My hope is that the Pacific Climate Warriors will be an authenticity of our grassroots to the global forefront to show the Pacific is not drowning, we are fighting. 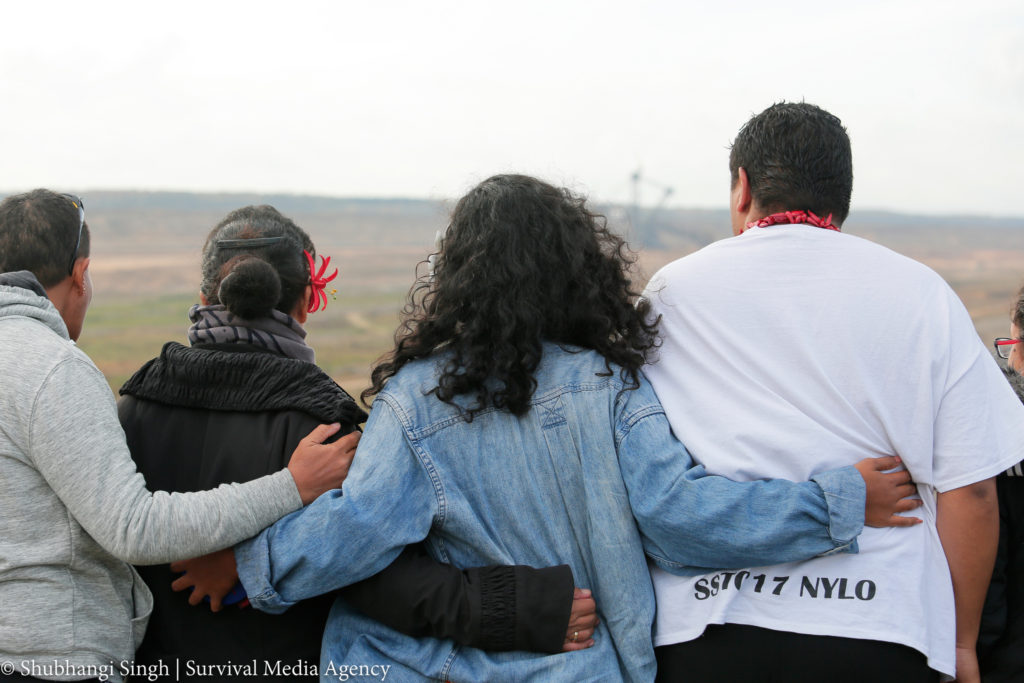 To learn more about Joseph, the Pacific Climate Change Warriors, or the Have Your Sei Campaign, head to their website at haveyoursei.org.