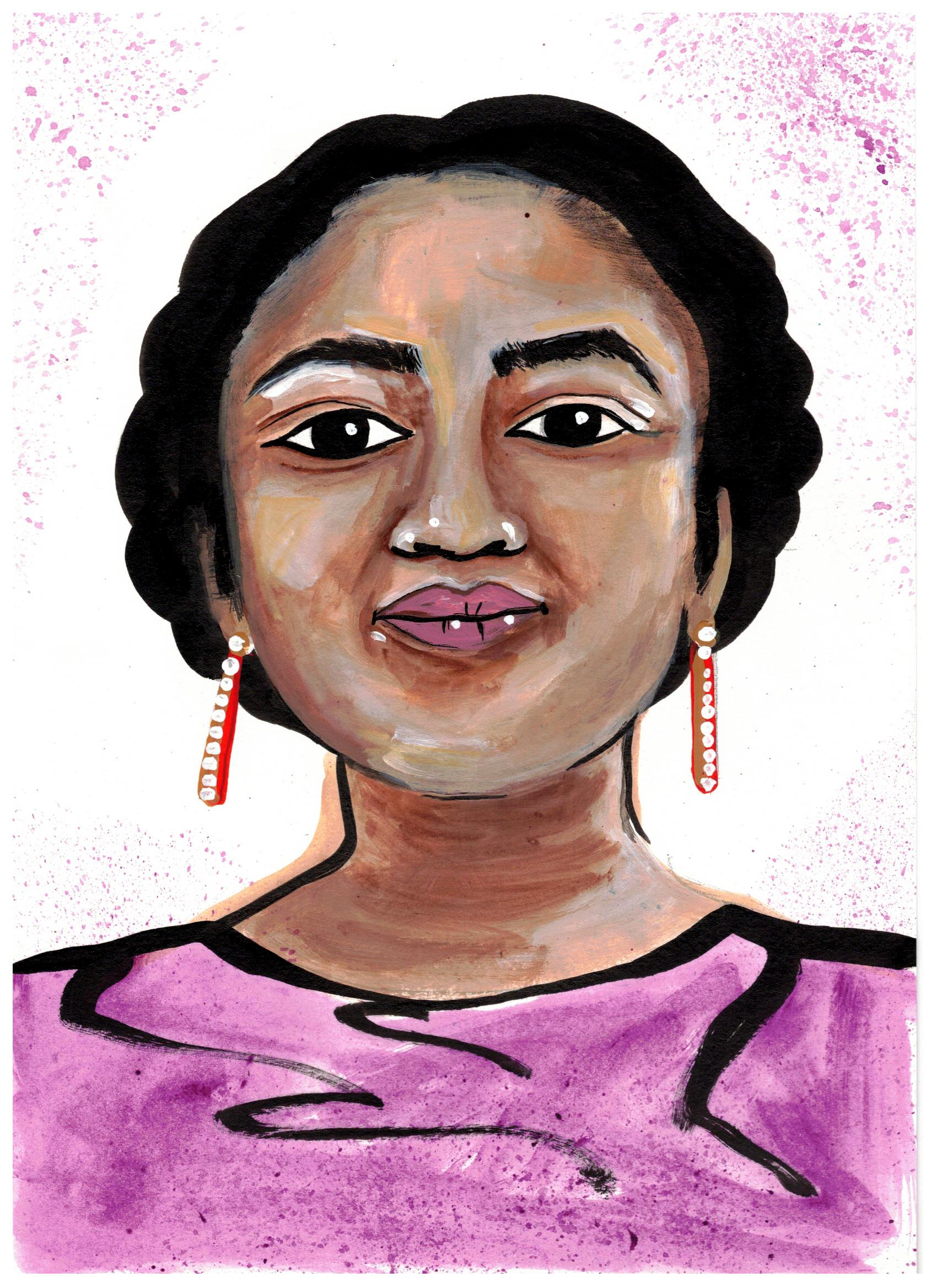 Christine Afoa is an emerging Samoan writer based in Western Sydney, Australia. Her publishing debut featured in Sweatshop Vol 2., edited by Tongan-Australian writer and arts worker Winnie Dunn. Christine took some time to share with us about her journey to owning her narrative.

How do you self identify?

Did you read many Samoan authors growing up?

I didn’t read many Samoan authors when I was kid because I honestly couldn’t even read English very well until I was probably nine years old, but my home was always filled with Samoan stories. Fāgogo, a Samoan form of oral-storytelling, was a huge part of my childhood where mum, aunties, uncles and grandparents were the first storytellers in my life. It was only in my early 20s that I had access to Samoan authors and have since grown to love the works of Albert Wendt, Sia Figiel and Tusiata Avia.

How did you find yourself at Sweatshop?

I met Sweatshop Creative Producer, Shirley Le very randomly at a good friend’s 21st birthday party. We were all kids from the Bankstown area studying at Macquarie University and added each other on social media. For a few years I had seen Sweatshop pop up on my feed but it was only in 2018 when I reached out to Sweatshop General Manager, Winnie Dunn to find out more about the Sweatshop Women’s Collective. She emailed back, I joined that very week and they haven’t been able to get rid of me since.

I recently read your article for SBS about living with vitiligo, and it’s an incredibly powerful piece of writing. You begin with saying “…it was only when my skin began to lose its pigment that I embraced being a Samoan woman.” I’m interested to know what were your previous perceptions of what encompasses Samoan womanhood?

(Firstly, thank you!) Samoan women outnumbered Samoan men in my childhood – I was raised by a single-mother for the most part and was surrounded by aunties so Samoan womanhood meant fierce mahana hair, throwing your head back and cackling so loud the neighbours slammed their doors shut, gossiping on long-distance calls until early morning and cooking massive feasts for hundreds of people while wearing beautiful, colourful puletasi every week at church. Growing up as part of a vast diasporic community however, the traditional Samoan ideals of fa’aaloalo (respect) and humility at some point fused with conservative Western (and postcolonial Christian) ideologies of womanhood that I was exposed to as a teen. Cover yourself; the men are watching. My perceptions of Samoan womanhood became extremely limited and dysfunctional this way despite me growing up surrounded by powerful, wise, loud and loving women. Thankfully, this has evolved.

What did it mean after you began a journey of acceptance?

I began to proudly say that I am a woman of colour. I had to relearn that I stood with the men of my community and not behind them as Western society thought the Pasifika people were all about. I actively sought out groups like the UTS Pasifika Society and Pacific Climate Warriors where I met other Pasifika people who campaigned for change. And most importantly as a writer, I wrote stories that centred Pasifika characters in Pasifika worlds and haven’t looked back.

I was particularly moved by how you spoke of Tinā as a healer,  and the holistic approach to her treatment – spending time with you, telling you stories, singing, touching you. Why do you think Tina left the patch on your chest?

At that point, it was time to come back to Australia and so my treatment was never fully completed but the patch on my chest is literally and figuratively closest to my heart.

There’s a lot of misinformation about vitiligo, and it’s often associated with witchcraft. Did you ever feel that people tried to use it to hold you back (yourself included)?

The misinformation was a lot worse with everything being online, and with it being associated with Michael Jackson. People would talk at me about skin grafts and bleaching as though that would ‘help me get better’ and it would always prevent me from wanting to speak out about anything. I didn’t want to bring any more attention to myself if I could help it. In terms of witchcraft, some people would be afraid to touch my skin thinking I was cursed or even worse, contagious which was somewhat ironic considering the person in my article who did touch my skin without my consent was a White man.

Your piece in Sweatshop Vol 2. Paints a very different image of Samoa, a slightly more irreverent and cheeky side. What compelled you to write your piece in this style and from this point of view?

Going to the Vai in Samoa was a significant part of our day and was such a huge departure from anything we were told about Samoan traditional culture from the Western perspective. When I workshopped the piece with Sweatshop Women’s Collective, everyone commented on how funny the piece was and I hadn’t ever properly perceived just how much humour there is in our realities. Growing up, it was always dismissed as ‘fob humour’ and there were connotations of a lack of intelligence and brutishness but that couldn’t be further from the truth. The cheekiness and humour is nuanced, it’s rich because our people are themselves wonderfully complex. I was also inspired by a few female Samoan authors whose protagonists were strong Samoan women: Tusiata Avia, Laulii Willis and Sia Figiel. Alofa (which means ‘love’ in Samoan) is also the main character in Sia Figiel’s novel ‘Where We Once Belonged’, one of my favourites.

What did it feel like to hold and see your writing inside the compilation for the first time?

It was incredible, the cover art and portraits by Amani Haydar are the first thing you see and they are absolutely stunning. I spent an hour or so just gazing at the beautiful art! And then seeing my name amongst those of so many talented women of colour just made my heart feel as though it was about to burst through my fingertips as I held the book. The first people I shared it with were my aunties Apo, Inia, Gasolo, Sauiluma and Leuaina who live here in Australia, Samoa, New Zealand, and America. They started spamming everyone on their social media feeds with posts about me and I was mortified but I loved them so much for it. Even though they were so far away, they reminded me that aiga is one of the strongest driving forces in my life.

How did you find the process of working with another Pasifika woman, Winnie Dunn, on the editing of your piece?

I had written with other people before where I was constantly explaining myself and my people after seeing editors delete lines and sometimes paragraphs that were vital to my stories. It was always extremely disheartening when I’d see Samoan sentences crossed out for ‘clarity’. To me that just meant that I had to pack away being Samoan just to be understood or seen, just to exist as a writer. Winnie Dunn has championed me and my work since day one. She helped me deconstruct what I saw as great writing (mostly old, dead White men my tertiary education taught me were the Greats) and Dunn challenged me to rethink what good literature is. She does so much for our community and for other writers of Colour and I’m immensely grateful and proud to be working with her. I think I say that to her seventy times a day to be honest.

Any advice for aspiring writers?

Read, read, read. Read the stories of your people – they are out there and their art holds so much truth. Write as much as you can and then write more than that. Surround yourself with people who see you like Winnie Dunn, and don’t be afraid to reach out to other Pasifika writers to share ideas, experiences and truths! Also something I learnt in Sweatshop is that there is no such thing as an aspiring writer: starting from today, tell yourself that you ARE a writer. That’s the greatest piece of advice I can share.