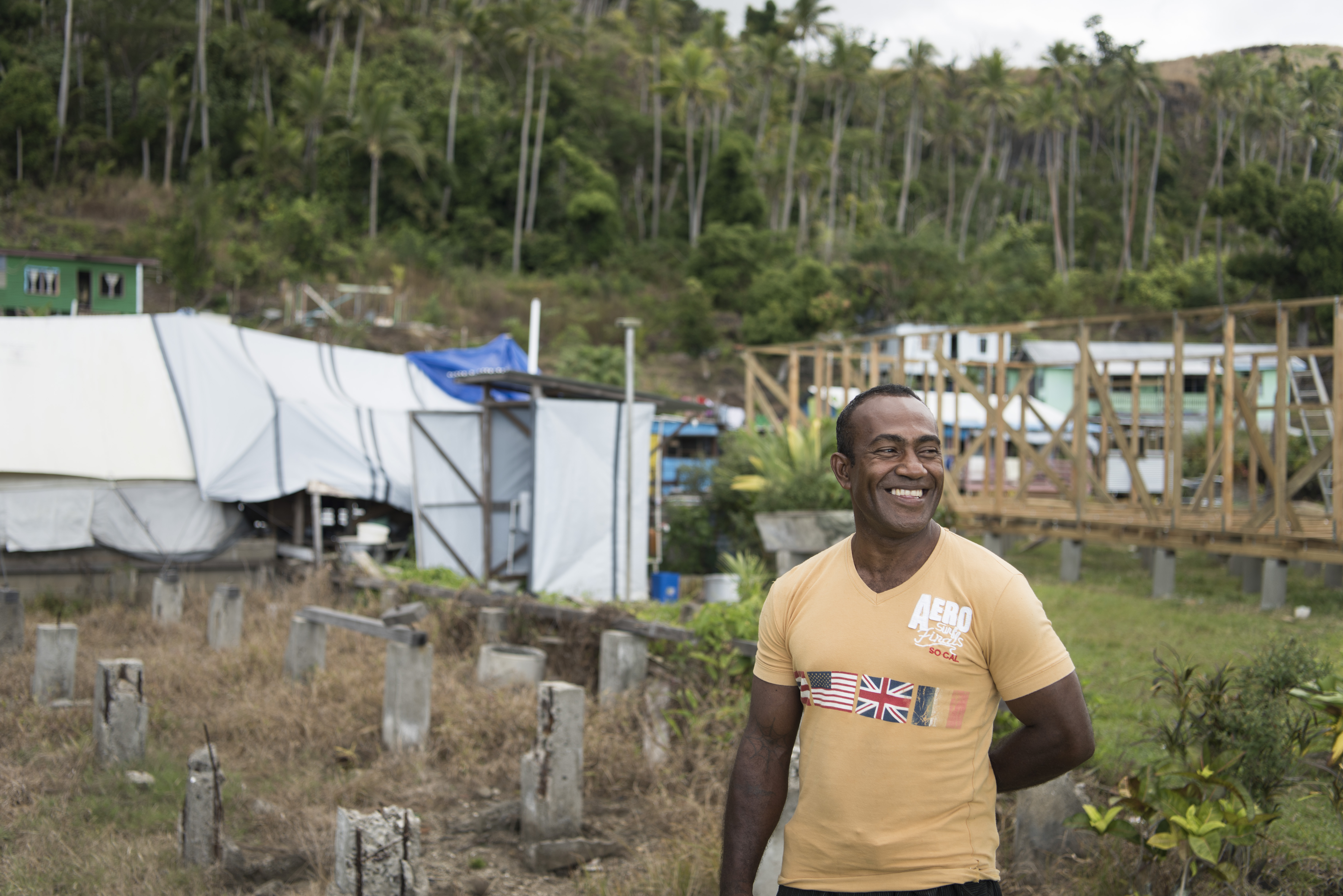 Raivolita Tabusoro, 43, stands at the site of his former home, current home and future home in Nabukadra, a coastal village in Ra Province, Fiji. Ra Province was one of the hardest hit by Cyclone Winston in 2016. Raivolita's home was ripped from it's foundations along with most of the other houses in the village. He describes the experience as if a bomb had landed in the village - there was nothing left when the sun rose the next morning. In the 18 months since the storm hit, he has lead the village in rebuilding physically and financially, leaving his own home until last.

Leading a family, and a community, through and beyond Tropical Cyclone Winston: Raivolita’s Story

After travelling the world, living in Hawaii, Pohnpei and working in the tourism industry in across all of Fiji, Raivolita Tabusoro, 43, of Nabukadra, a village on the Northern coast of Viti Levu in Fiji, says there is no place like home.

“I enjoy living in my village. True that I have been to other countries… But out of all the places I’ve been, there is no place like Fiji. It’s a beautiful place, fresh air and happy people. There are many things that I saw when I was away, and when I returned I wanted to lift my village to another standard.”

In the seventeen years since Raivolita’s been home, he’s been elected several times by his community to leadership positions – the District Representative, a Government liaison position, followed by an election to Village Headman – positions he’s held for over ten years.

During this time, Raivolita worked extremely hard to improve living conditions for people in his village, and district area.

“I did a lot of changes not only in my village, but in my district. Senior citizens received social welfare, improved sanitation (flush toilets), received two boats to assist students and a dispensary for women to travel, and negotiated our village drain with the Ministry of Health.”

Another huge focus area for Raivolita has been livelihoods. As well as creating new strategies like transporting seafood to main markets in Suva, the capital of Fiji, he’s also invested in honey as a source of income for the village.

“Right now we have 16 beehives that help the village with income generation.”

Ravolita’s most recent term as Village Headman began in 2016, right before (Tropical Cylcone) Winston, the strongest and most devastating tropical cyclone to make landfall on the hemisphere, hit Fiji.

Surviving a natural disaster like Winston was deeply traumatic for Raivolita, his village was one of the worst hit in all of Fiji. After stocking up on food supplies, he arrived home to find his family still at home, rather than in the village hall where most people had evacuated to. With wind forces increasing, they could do nothing but wait for the cyclone to pass.

“I thought that God was returning on that day. We got a shock when our ceiling collapsed. My wife and daughter ran, and only my mother and I were left in the house. My mother cannot walk because she broke her knees.

I ran and stood in front of the door getting ready to run to survive. When I looked back, I saw my mother lying, wet from the rain with her head bowed. I was filled with sorrow to my core. I told myself, I cannot watch my mother die in this house.

I ran back for my mother, I don’t know where I got the rejuvenated spirit. I ran towards the window that was facing the sea, picked up a 4X4 and I smashed the wall. At the same time, tidal waves entered the village. I picked up my mother and carried her on my back. The water level was up to my waist. Our bathroom is made of concrete, so I put my mother in there.”

By placing his elderly mother in their concrete bathroom, Raivolita saved her life.

Once the winds calmed, Raivolita made his way to the village hall, to check on the people who’d made it there in time. Together, they watched on as tidal waves swept through their homes.

“We looked on helplessly as we watched our belongings being washed away during the tidal waves. We lost everything. The next morning, the sun was shining as if nothing happened. It was as if a bomb was dropped in the village because there was nothing left, not even clothes were spared. I called everyone and for a moment, we were all crying.”

Long after Winston, the impact of such a destructive natural disaster are still being felt across Raivolita’s community. While he’s assisted with rebuilding 51 homes, he’s yet to rebuild his own due to a shortage in timber. He’s also struggled to make ends meet to provide for his family.

“Before Winston, I was able to reach my target for the month because there was an abundant supply of coconut, I had a lot of pigs, and I also had honey boxes. But now my honey boxes have been destroyed, seven pigs died during Winston, and all the coconut trees were destroyed. Now after Winston, I am really struggling and finding it difficult to provide for my family.”

On reflection, Raivolita says he knows he’s not the only one who is financially struggling, and like any parent, has bright dreams for the future of his children.

“We’re all [people in the community] facing difficult times. Sometimes you have things and sometimes you don’t. We cannot have everything all the time. I can do this because I can handle the work and my will power is strong to get something done. It’s enough for me to stay in the village, but my hope for my children, is to strive for their education, their lives and their families in the good future.” 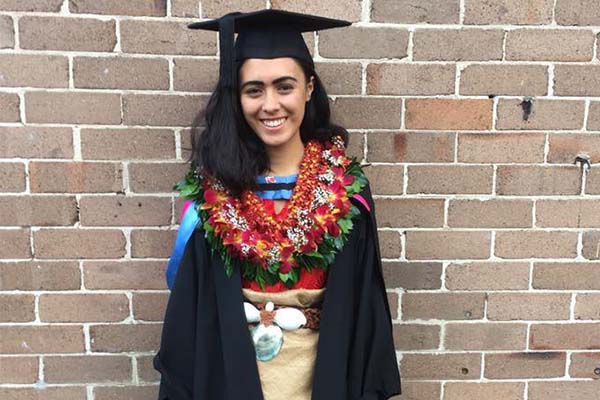