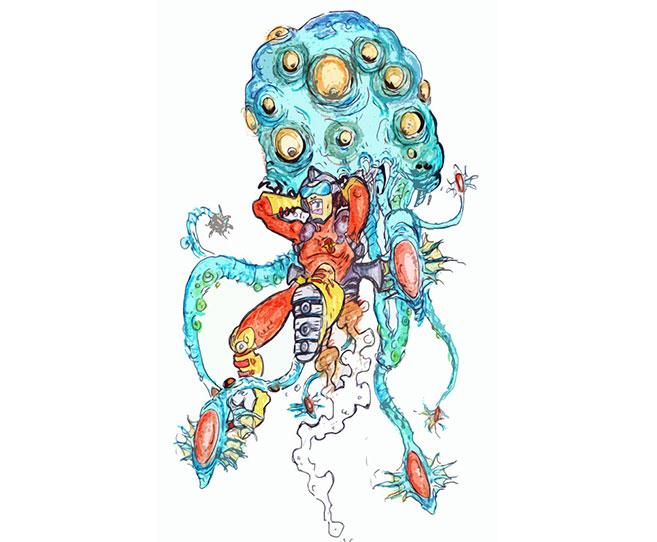 “Their work is pretty good for someone from the Pacific.” No artist wants to hear those words, particularly Clarence Dass, a Pacific writer, musician, filmmaker, artist and comic explorer. With a natural love for storytelling, his story begins in Fiji, saving lunch money to buy comic books and awkwardly playing superheroes around the house. Today, Clarence is an aspiring writer and among many things, he shows us how to bravely let go of a comfortable job and pursue the work you truly love.

We’d love to get to know you, and your work. Where did the story of Clarence begin?

My name is Clarence Dass and I’ve always wanted to be a story teller. Growing up, I was an awkward kid, running around outside making weird noises and talking to myself – playing ninja turtles or pretending to be Superman. From a very young age, I got into reading – I started off with comic books. On the off days that I’d take the school bus home, I’d stop at a little shop down the road from my house and buy a comic. It cost $1, which I’d save from my lunch money. Before I knew it, I had a reasonable collection of comic books; Batman, Superman, Daredevil.

As I grew older, my grandfather introduced me to classic literature. By the time I was 12 I had read Dracula, Frankenstine, The Invisible Man, Dr Jackle and Mr Hyde. It was interesting that I took to reading so much because I could barely spell my own name until I was about 8 years old. To be fair though, it was a tough name to spell for a kid! 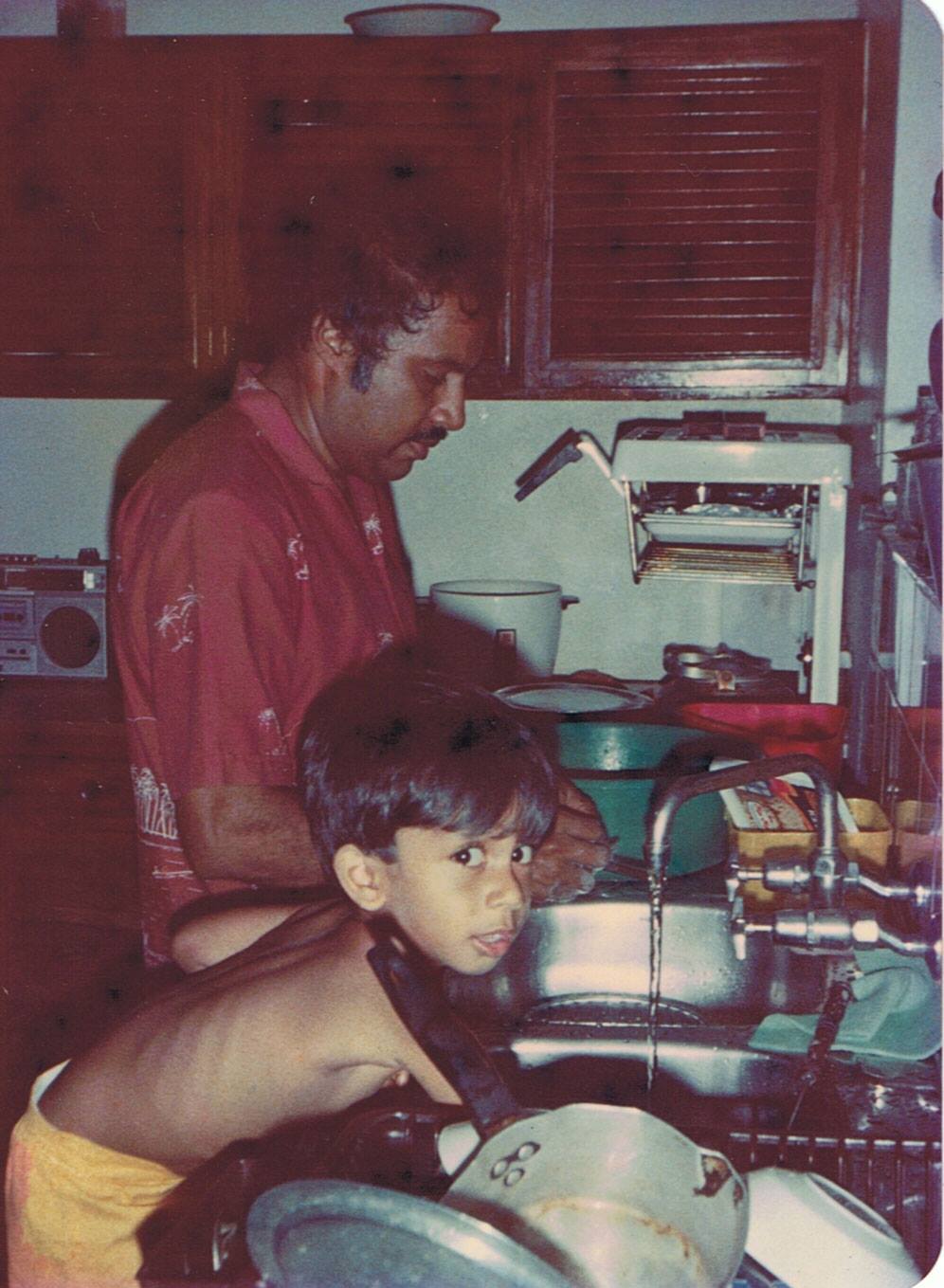 Given my love for reading, it was only a matter of time before I began to write my own stories. I attended Marist Primary school, and every week we’d have concerts at the school hosted by different classes and I’d write plays for these concerts. These plays would re-enact some of my favourite books or the movies I’d seen. By this time I was a big fan of horror movies too, even though I was too young to watch them by myself. I’d watch them with my grandfather who’d fast-forward all the dirty scenes (80s horror flicks were filled with them). It was funny how he wouldn’t let me watch those parts but he had no problems with me watching the horror stuff.

How did your love for reading and horror movies impact your art? Did it show up in your writing?

All the books and movies had a massive influence because I wrote a lot of stories as a kid. I still have some of them. For English class we’d have to write stories and I remember a few occasions when my teachers would read my stories to the class. As I grew older, I got into poetry too. I also channelled a lot of teenage angst into some truly sappy poems. I carry them around in a file and would occasionally do little sketches to accompany. These I still have too. Looking back at them, they bring back a lot of emotion. 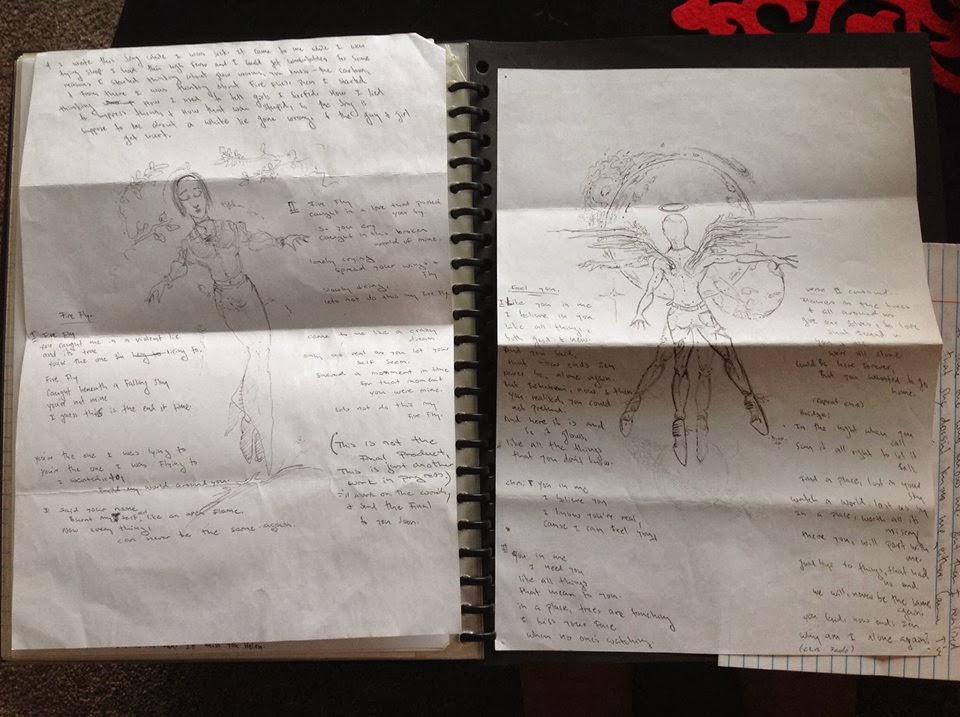 Did your love for writing and art lead you to any other creative fields?

Yes, I also found a love for music. I listened to a lot of punk and rock but I really enjoyed the music of the Doors. Jim Morrison of the Doors was a poet before he became a song writer, so this influenced me to turn a lot of my poems into songs of my own. By the end of high school, I was in a band that had already played at a few clubs and I thought I was going to be a musician. I could barely play the guitar and I didn’t have the best singing voice, but that didn’t stop me from seeing myself as the next Jim Morrison.

Sadly though, back in the early 2000s, the music scene wasn’t too kind to young bands like ours. We got gigs but we weren’t making money. It was fun doing what we loved, but fun wasn’t paying bills. We went our separate ways and after a few odd jobs here and there I made my way onto radio. My love and knowledge of music didn’t go unnoticed and soon I was part of a very successful relaunch and rebranding of a local youth station. When I wasn’t hosting a show, the radio allowed me to revisit an older passion of mine – writing plays. I was lucky to be surrounded by likeminded individuals and together wrote and produced a number of on-air spots that included aliens, magic whales, crazy ducks and whatever craziness we could come up with. 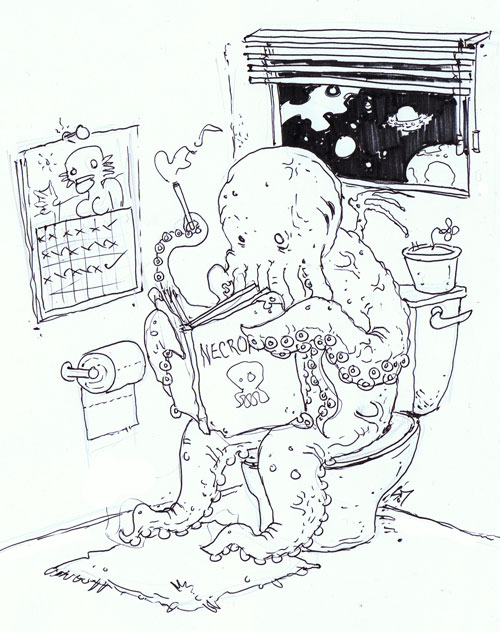 After a year of radio I moved onto TV where I learnt video editing. In time, this lead the way to mixing two of my favourite things – writing and movies.

In 2010 I wrote, directed and edited a short horror film which picked up a Kula Film award for Best Amateur short film. I continued making films while floating odd jobs as a freelance artist and editor, eventually landing an editor’s job at Fiji Broadcasting Corporation (FBC) TV. In 2013 I made a short film called “A day at the beach”, which was a film on ozone depletion and its effects on the pacific. “A Day at the Beach” went onto win the 2013 world TV award for best environmental short film. I went to go to Indonesia to collect my prize and also gave a talk at the Asia Media Summit on how to make low budget film projects. 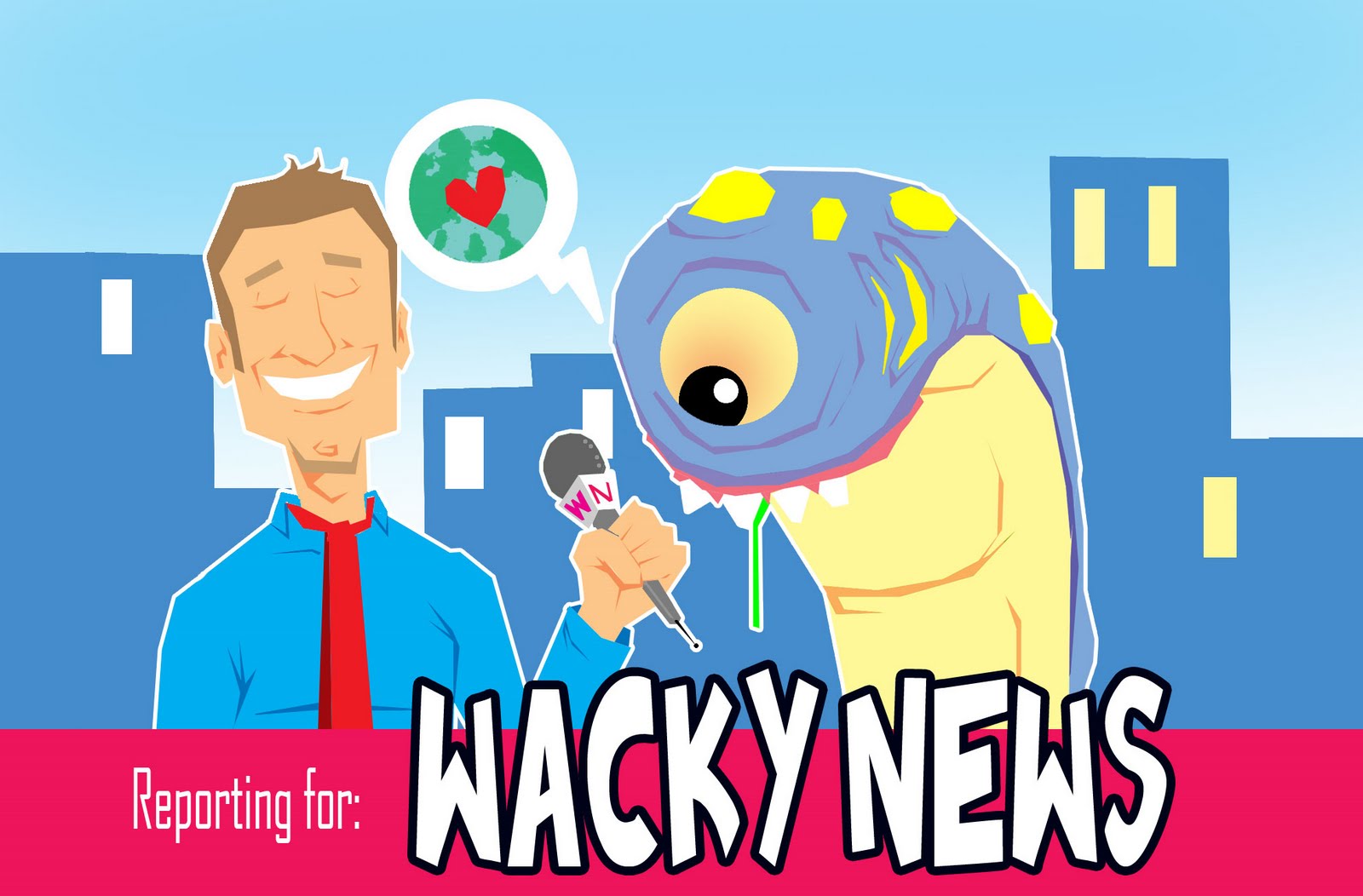 I made more short films and won a few local awards. Soon after I was became a producer for local programmes at the station. This involved coming up with ideas for local shows and creating concepts of graphics and art involving the station. A lot of the designs I did over the 5 years are still on television. In 2012 I even took part in Fiji’s Hibiscus Festival, representing FBC and having the honour of being crowned that years Hibiscus King. By 2015 I was doing in-house work-shops on video production/ scripting and even had my own TV show.

At the end of last year, things started feeling a little off for me at the station. The work was becoming routine and there was much more creative control over the ideas I had. So amidst some frustration I decided it was time to do something else. And I really wanted that something else to be writing. 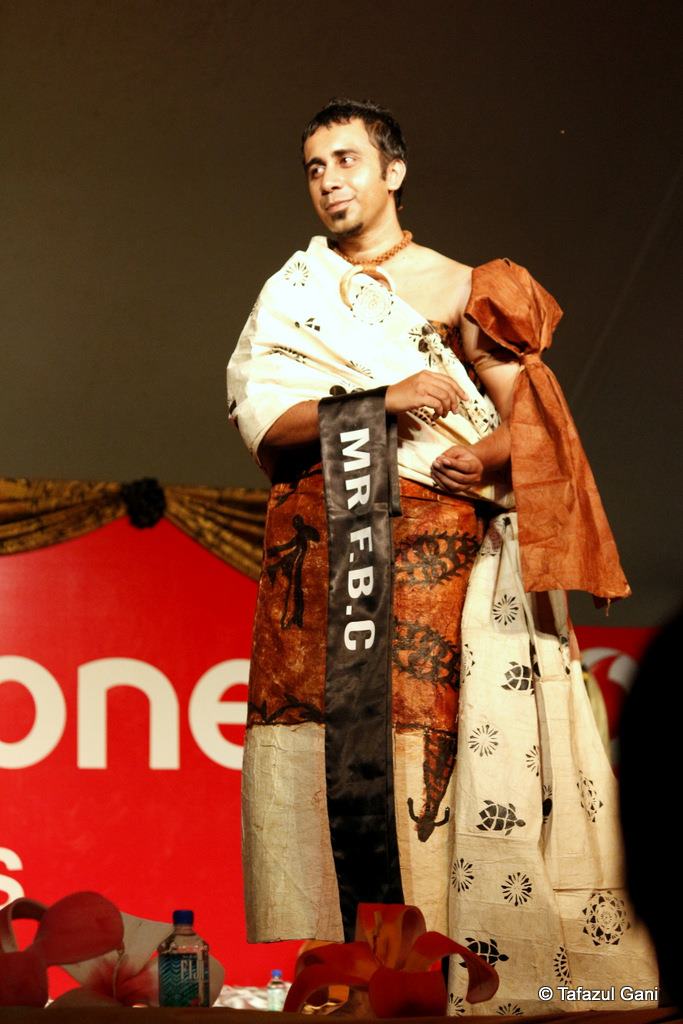 I quit my job and decided to go to University to get a degree in journalism. It was tough, especially financially at first, but I felt it was something I had to do. Now I’m making short films full-time, which has been great, mostly for Non-Government Organisations, and I’m also working on my very first novel. It’s a culmination of everything I’ve ever loved growing up called, “Bati: A warriors Journey”

I don’t want to give away too much, but lets just say it’s a fantasy adventure set here in the Pacific, specifically in Fiji.

What do you hope to achieve through your work?

I have stories in me. Ideas are always running inside my head. In fact, I could spend hours to myself because I have a lot of entertaining thoughts. My aim is to share these thoughts and stories with everyone – from influences like Robert Howard or Lovecraft to things I have learned as a person interacting with others. My work reflects everything I’ve been through creatively and personally in life. I want to share the ideas and lessons I have learnt. 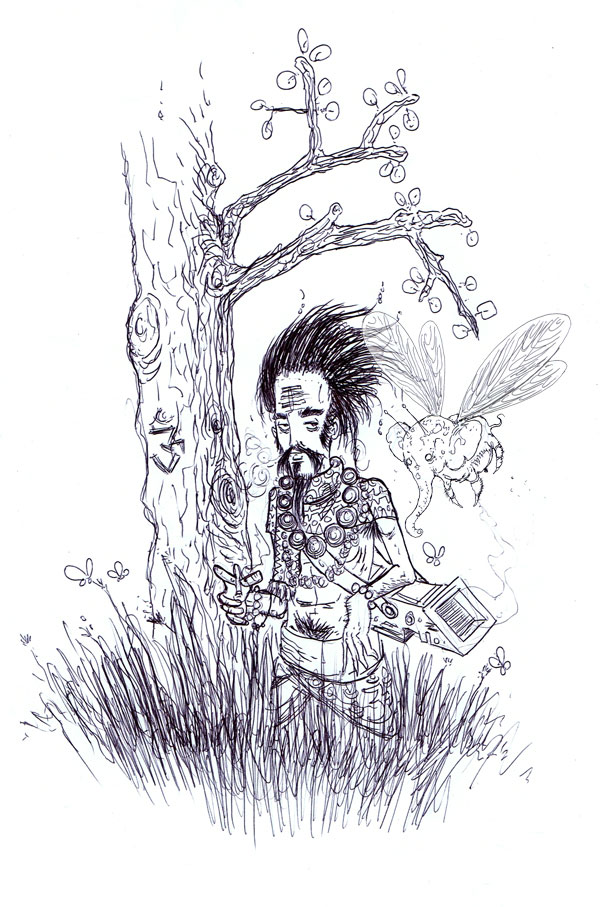 The most challenging experience so far has been quitting my job to take up writing. After years of trying to find a place that could make use of my skills, it was hard letting it go. But I felt like it had to be done. I was becoming content and my creativity was getting stunted, and for too many years my ideas were working for someone else. I thought it was about time my ideas belong to me and worked for me.

Today the Pacific is developing so fast that it’s needs are changing. The traditional artist has become an oddity and now the Pacific is after doctors, accountants and engineers to help it grow industrially. At least that’s what I think when I look at the art scene. I see a lot of great artists doing amazing work in their field, but realistically, recognition only gets you so far . I’m not talking about places like Australia or New Zealand – I’m talking about the Pacific Islands themselves. If people like your art, talk about it and share it as much as you can, because it’s very hard to live as an artist unless you have some kind of prior backing.

This makes it hard. That’s the lesson, that following your dreams is hard. Because at the start, no one else believes in your dreams but you. You have to really believe in yourself and take a chance on yourself to make it work. I’m lucky I have friends who are encouraging, but at the end of the day this risk I’m taking is all on me. But I know it will pay off. With no safety net you can’t afford to fall – you have to fly. 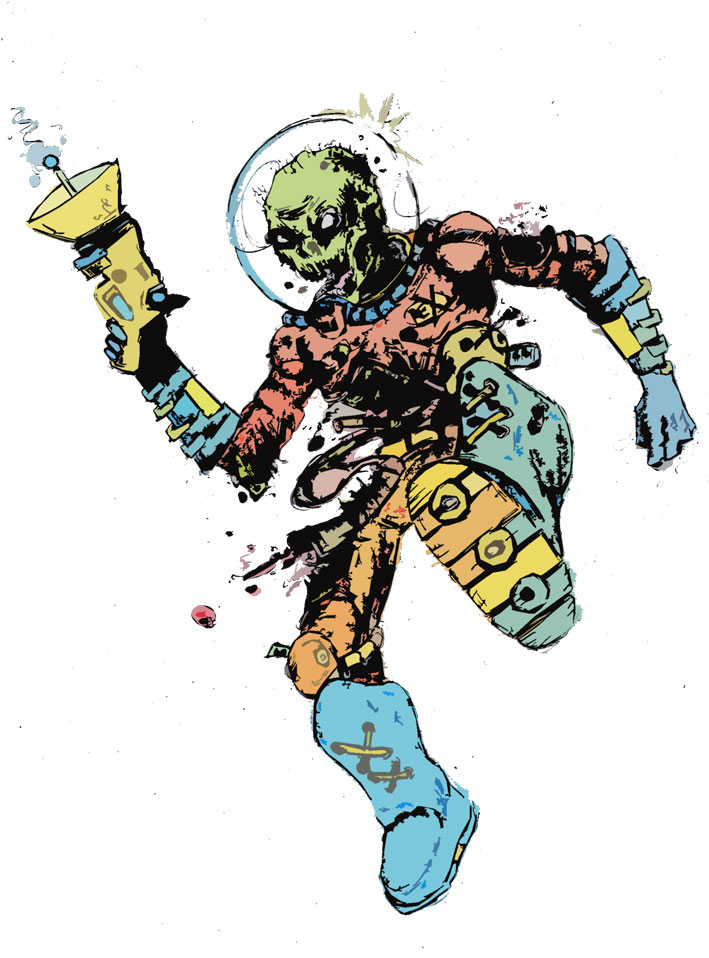 Do you feel that you challenge the Pacific stereotype? How?

A lot of my ideas aren’t restricted to the Pacific. There’s a lot of support for local artists, maybe not in the form of massive funding, but you can find a place for cultural and traditional art and writing. My work has a lot of western influences in it. It’s what I grew up watching and reading. So to make it work I have to make sure it can compete with the work that is already out there. I know a lot of people settle for mediocrity. An edit out of place, the wrong colour for TV, something that is “good enough”. 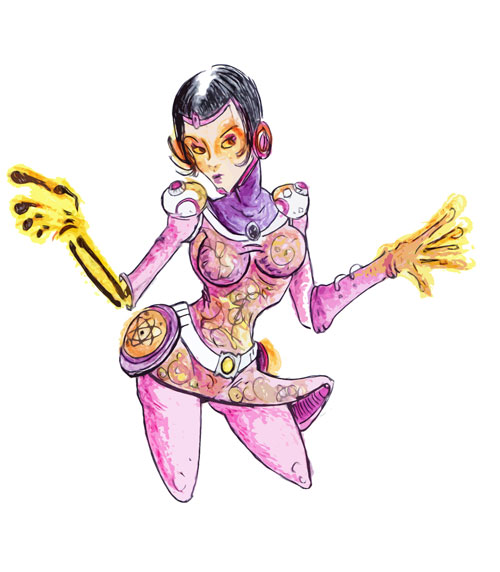 But I don’t want that. I don’t want the air of “oh he’s from a developing country, it’s not bad for what it is”. No, I want it to be as good – if not better – than everything out there. I’m always being told I need to get into the circles or make the right friends to get my work recognised, but I just tell them that when the work is good, it will get the recognition it deserves.

What advice do you have for young Pacific people who might be thinking following a similar path as you have?

You’ll find a hundred reasons not to follow your dreams, but when the time is right (and you will know when it is), you have to take that plunge. It’s scary and you have no idea if you’ll make it or not, but you have to have that faith, if in nothing else, just that faith in yourself. You’ll know when to do it. It will be like an ache you can’t cure. I can honestly describe it as feeling “dry” or thirsty and no amount of water can quench that thirst. Money is always the big worry, and it still is at times, but since I started following my dreams, I wake up earlier, eat better and just have a lot energy to share. Just remember that when you’re not doing what someone else wants you to do, then you have to do what it is that you want to do. 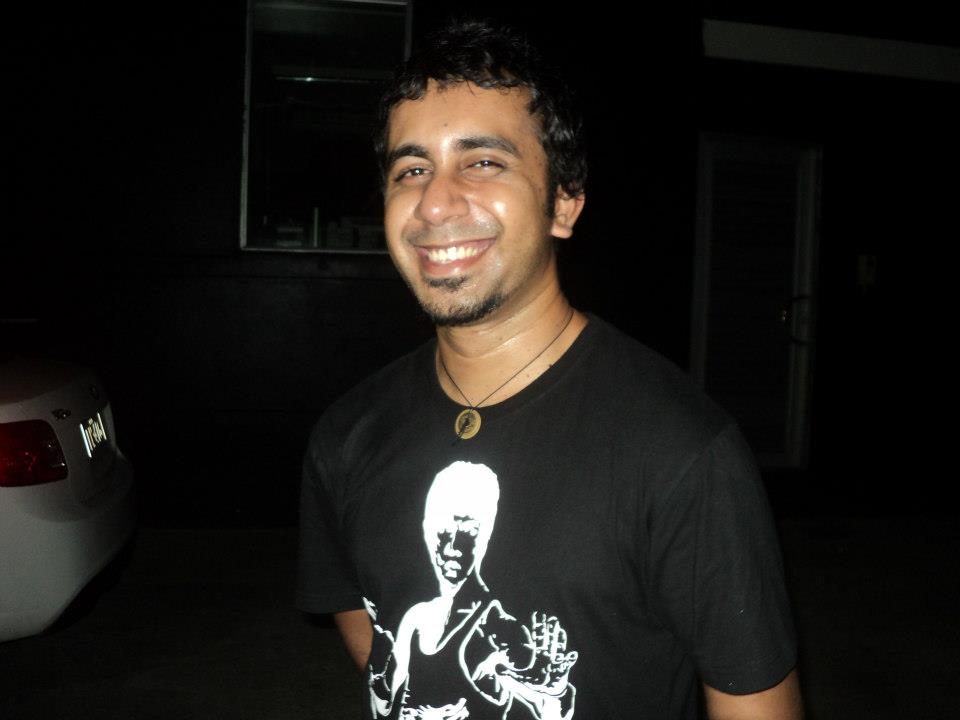 We’d like to thank Clarence for sharing his story and we’re looking forward to seeing more of his work. To stay up to date with what he’s up to at the moment, you can visit his blog and his YouTube page to watch his short films.

Our Ocean, Our Voices, Our Future – Event