“As humans, we see more of our workplace than we do our own home, families and friends.” 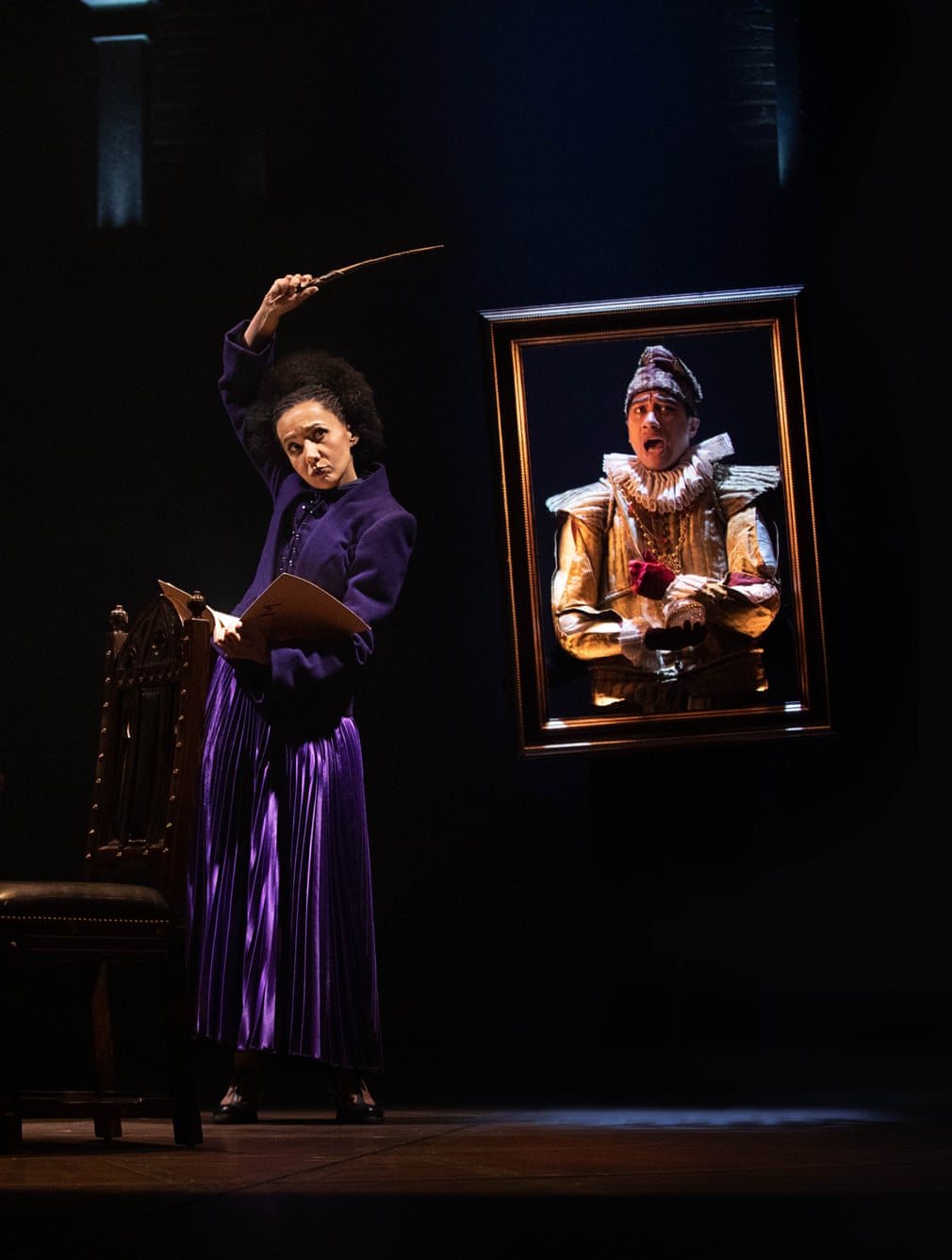 The Australian theatre industry is buzzing with diversity initiatives right now. Struggling to keep up with the demand for an arts industry that is reflective of the diversity of our streets, there are few opportunties for actors of Pacific descent to flex their skills. Iopu Auva’a, currently performing in Harry Potter and the Cursed Child, shares with us the challenges he faces and how he overcomes them.

Thanks for sitting down to share with me (Emele) in your very busy schedule – do you wanna start by telling us about yourself?

First of all, thanks so much for featuring me in your publication. It’s such a beautiful thing to sit down with another Pacific Islander and discuss what we love doing.

My name is Iopu Auva’a. I come from the beautiful island of Samoa. I was born in Wellington, New Zealand and was only a few months when my family moved to Sydney where I grew up. I lived in Samoa for 3 years before calling Melbourne home since 2004. So as you can imagine it’s always hard answering the question of where I’m from and where do I call home.

After high school I’ve always wanted to become an actor but had no idea of the path to pursuing it. Randomly found a bachelor course to study acting and auditioned without my parents knowing. I got in and eventually had to tell my very strict parents who surprisingly obliged and let me move to study at the University of Ballarat Arts Academy studying a Bachelor of Arts in Acting.

I graduated in 2013 and began my journey of auditioning and doing independent gigs before landing the mammoth monster that is Harry Potter and the Cursed Child. The show has opened since February and has been received with open arms by audiences coming to see it exclusively in Melbourne.

It’s incredibly exhausting work, how do you stay fit and healthy?

It’s definitely an experience that is thrilling and at the same time can be exhausting and quite taxing physically and emotionally. When rehearsals began in October last year, I was constantly going to the gym and eating healthy as well as the hour long physical warm ups we’d have in the morning before a long day so I was at my best.

At the moment I haven’t had the motivation to do the same therefore I’ve suffered minor injuries and feeling ill more often than not. I guess the trick is being able to maintain that motivation to keep exercising and eating well and sneaking in that 10 minute meditation in your day to sustain the energy to do 8 shows a week.

Constantly working can be isolating at the best of times, what affect does working these hours have on your mental health?

It can be isolating because as humans, we see more of our workplace than we do our own home, families and friends. I can only speak for myself when I say I get more out of spending time with those I love. With that in mind you can get down at the best of times. I for one have taken the initiative to chat to a professional about the good and the bad and to gain perspective from their point of view.

Growing up in the Samoan community I’ve heard conversations going around that mental health is just a sign of weakness and that we need to get over it.

If anything I encourage all to seek professional guidance whether or not you think you need it because it’s always good to open up.

A lot of people must say “Oh my God – working on Harry Potter must be a dream!’ Are there days when you don’t feel like going onstage?

It’s like any other job. There are good days and there are not so good days. Sometimes you can feel exhausted and the last thing you want to do is go to work. I know some actors out there don’t like standing in the wings before the show starts because they get nervous and I for one love to hear the chatter amongst the audience as it gives me energy. It’s also a good reminder that no matter how many times you have performed the show, it’s the audiences’ first time seeing it (or in this case, a fan so far has seen it 7 times). It’s moments like that that make you want to give them the show they deserve.

What do you do to help you re-ground yourself when you begin to lose stamina?

Surprisingly it’s the simple things like walking through the gardens near the theatre with music blasting from my headphones or grabbing a coffee with my go-to cast mates because they’re also going through the same fatigue.

It’s a good reminder that although this job feels like the best in the world, it can also take a lot out of you and that’s ok.

I’ve been getting into podcasts lately listening to a few motivational and self-help channels.

Now that you’ve experienced working on a big production, is this the type of storytelling you aspire to in the future?

I always dreamt of doing a commercial show on a large scale and now doing it in a 1400 seat theatre, I can definitely tick that off. I also love the small spaces I’ve performed in with smaller independent theatre companies with shorter seasons.

If you know me, you know I’m obsessed with Viola Davis and I love that I’m even referencing her in this interview but she once spoke about doing big seasons of a show and having thought you’d understand the character(s) you’re playing by the end of the season.

And she talks about by the end of playing her role in the first Broadway season of Fences, she had fully understood her character but she didn’t until she did a second season of the same role in the same show years later. So I guess what I’m trying to say is it’ll be interesting to see if I have 100% understood my character in the show by the end of this long season. And that’s the kind of storytelling I want to be a part of.

Do you see Pacific people in the audience or after the show? How does this make you feel as an actor?

So far I’ve had 4 encounters with Pacific Islanders coming to see the show and having a chat to them afterwards. The most recent was of a father and his 2 young daughters both aspiring dancers wanting to know my story.

I was holding back tears as this father was telling me how proud he was seeing someone of the same skin colour and background onstage in a show like Cursed Child. All I mentioned was for him to allow his girls to do what they love.

What kinds of stories do you want to tell? And why?

I’m the son of a church pastor and in Samoa there tends to be a pattern of his son becoming one and so on. And I had a few voices from church either joking or questioning when I’m becoming one and luckily I had understanding parents who allowed me to pursue what I love. And if you’re reading this being a Pacific Islander or not, come and say hi after the show. It’s always beautiful to run into Polynesian audiences.

Right now the world of entertainment are having the conversation of telling stories with the inclusion of actors of colour, actors of gender diversity and actors with a disability. It’s not enough to just have the conversation but to act on it. I would love to tell stories of those communities that don’t have a voice. I would especially love to tell stories of our Pasifika people. One thing I want to do by the end of this year is to have a script completed. And now putting it out there into the world I would need to follow through. It’ll be exciting!

What is something you would like aspiring Pacific actors to know?

It’s a very big generalisation but Pacific Islanders have the tendency to try something new, feel like it’s not going their way then quitting and running away from it. I’d say to keep your head down and hustle. My amazing parents always taught my siblings and I that you can never get anywhere without hard work. It’s not always going to be easy but just keep going. And honestly I’ve had my fair share of rejections like most actors and you can only let that fuel you for the next audition.

What’s beautiful about being a part of this show is that there are characters who were seen in the films as caucasian and the stage production has achieved colour blind casting and I can only hope it opens more doors for my fellow pasifika actors.