Where My Woke Pasifika Athletes At? (No Typo) 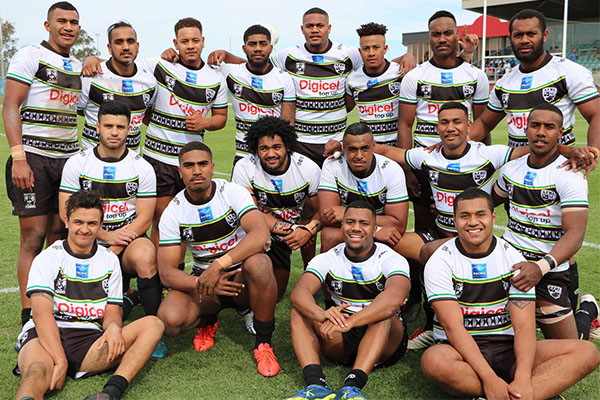 Following the recent controversy surrounding Jason Taumalolo’s decision to play for Tonga rather than New Zealand in the Rugby League World Cup, and the way Israel Folau recently declared his stance on marriage equality, I’ve been thinking about Pasifika athletes – their choices, voices and the influence they have on not only Pacific communities – but our larger, global society as well.

We don’t need another elite Polynesian sport star. Weve had plenty. We need a conscious outspoken one. Weve had none.

The tweet above, by @Eliota_Sapolu cracks the coconut wide open when it comes to my thoughts on this. We’ve seen countless Pasifika athletes on local and world stages – break records, hearts and barriers in sports – but we are yet to really see any break negative stereotypes, closed mindsets and present balanced, real and informed opinions on the issues faced by Pacific people and communities, doing more than charity runs or branding activities which show their support by signing autographs, paying visits and taking a few photos.

I’m not knocking on the efforts of Pasifika athletes who are working hard to make a difference, there are many who I love and respect from our community, such as Petero Civoniceva and Nigel Vagana from Rugby League, and Waisele Serevi from Rugby Union. What I am saying is that I – and I suspect along with many other Pasifikas – are waiting on a new breed of elite athletes from our community who will also use their talent and platform to unapologetically speak out to adequately represent and advocate for the countries, families and communities they come from, through their bloodlines, birth place and through the Pacific minorities who may (or may not have) supported them throughout their career.

But, as in any industry, people such as this don’t just appear. From what I know, many of today’s Pasifika athletes rarely had representation and advocacy at the front of their minds, most worked hard towards a goal of becoming a professional athlete without anyone mentioning, let alone supporting, the possibility that they could also be a voice for their community.

Athletes who are informed, unapologetic and unafraid to speak out, are cultivated, supported, developed, and shown the way by people who have been down a similar path before. Rather than showing our admiration or criticism for athletes when they are ‘famous’, I think we can do better as a community to support young Pacific athletes at a grassroots level, whether we think they will ‘make it’ to play as a professional or not.

What does this look like? We have a lot to learn from the athletes I’ve mentioned above and the programs they run in their communities. If we look close enough, there are also a few groups out there that are quietly working towards developing young athletes in areas that extend beyond the field.

A few years ago, I started by looking at my own local community groups, such as the Australian Fijian Rugby League (AFRL) a non-profit organisation that supports Australian based Fijian Rugby League players from the age of 16 years and above, through training, development and support. My own husband, along with many of our friends, went through this program when it first was established in 2003. The AFRL goes beyond the field to involve parents, community leaders and the Fijian community to help shape these young men and women to become elite Rugby League players, but also to be well-rounded human beings who contribute to society.

While the program is only a little over ten years old, and certainly rough around the edges, it’s one I volunteer my time and energy to, because I believe it addresses this issue at it’s heart. It gets to young people before they are influenced by fame and fortune, it shows them that there is a community of people who care about them and are willing to support them as they grow and develop. This is pivotal for many of these young people who are otherwise, or at the same time, vulnerable to crime, gang culture and drug, alcohol and gambling addictions if they don’t fall into academia, creative arts, religious groups or sports.

In 2012, ABC Radio reported that ‘in some areas of south-west Sydney, young Pacific islanders make up a third or even half of all prison inmates, and despite accounting for only 1.6 percent of the New South Wales population, they’re responsible for 3.6 percent of all violent crime.’ It’s a story I know, and one I am sick of. Had my parents not sent me to Tonga when I was 13, I might’ve fallen through the cracks and into this marginalised group, a long with some of my closest friends. It’s probably why it takes me weeks to get over the Pacific faces I see when I visit correctional facilities in Australia, and why I’ve dedicated my career to showcasing the diversity and the issues of Pacific people, that we are more than the face of crime or controversial sportsmen and women that we see in the media in Australia. Still, today, some of our youngest AFRL players are fresh out of correctional facilities when they run onto the field.

With most of these kids being born and raised in Australia, the AFRL also offers a place where they can reconnect with their culture, an aspect of the program that has been a highlight for most of the young women and men involved. They often go on to represent Fiji in tournaments such as the Blue Harmony Cup, where inclusivity and raw talent apply, rather than the harsh standards of skill, performance and politics. This year the Under 18 Boys from the AFRL took out the Blue Harmony Cup.

I am sure there are other community groups and programs out there that do similar, if not better, work than the Australian Fijian Rugby League. But the problem is, these programs are often run with very little funding and community awareness and sometimes support. They are usually understaffed due to these issues, and responsibilities fall on coaching staff and the parents and guardians of the players, who do the best they can to hustle for our young people. Their teams are overloaded and often people are in roles that they aren’t fully qualified – because – well, who else is gonna do it?

If we as a community really do care about out Pasifika athletes, the way they represent us and how they influence our society, then we must invest in them while they are still young. Look for community groups and programs out there that are trying to make a difference through sports, and support them. If you can’t find any in your community, and have the resources and expertise to do so, think about starting something similar. We can’t go on criticising the players who we love, or love to hate, when they do or say things we don’t agree with, without doing a single thing to break the cycle they are vulnerable to.

And just in case you’re wondering, while I don’t see eye to eye with Israel Folau on his stance on marriage equality, I do support the discussion it’s raised in our Pasifika community, including this fire response from Patrick Thomsen, and for the record, I am damn proud of Jason Taumalolo, and Andrew Fifita, and I hope they have opened the minds, and gates, for many other elite athletes to do the same.

Issue one of Talanoa’s zine is out!

This is Us: Savenaca Ruata