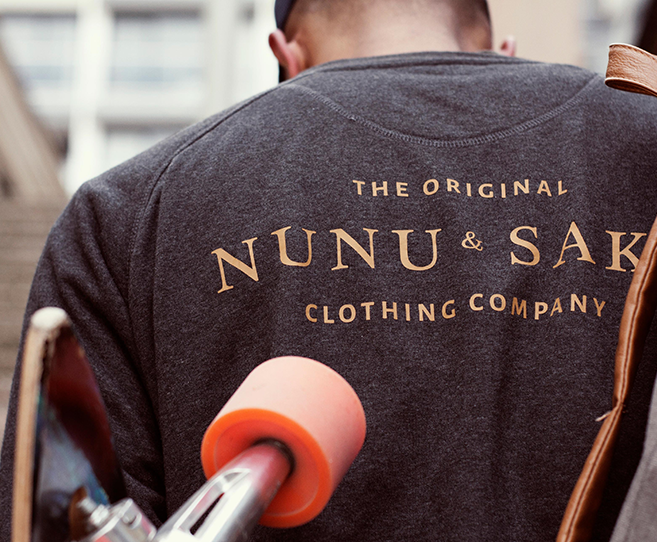 # WHO AM I
My name is Ales Patty Matenahoru and I’ve been 26 years old for these last couple of months. I was born and raised in the Netherlands, and I’m from Nolot, Saparua and Kaibobo, Nusa Ina of Maluku. You may wonder how I ended up here in Europe, but its a history of battles we share with our West Papuan brothers and sisters. A battle of 60+ years for freedom and independency from Indonesia.

# HOW MY STORY BEGAN
My story started at an early age. Life just lifted me up at times, but mostly kept me down for years. Even my time at school was pretty hectic. Always getting in trouble, and I couldn’t care less about my grades. The only thing that kept my head up for my attention was gym class, creative class and history class. Although I hated history in general – they only teach you European history and such – I was always into learning our own Pacific culture and ancestors along their history. But to express that was almost impossible to share with outsiders. Teachers would think I was too radical – mostly because of the political action when our second generation hijacked a train in the 70’s – or crazy just because it does not says so according to their history books. But I never gave up my belief in our history.

With all the history lessons I’ve learned from my Nene’s and Tete’s here in the Netherlands and back on the islands, I still didn’t know what to do. All my life I was good in sports and being creative. Years went by, and after I graduated from art school I worked at a post office. In the meantime I was able to do job interviews at some big and some small creative companies. I finally landed a spot as a creative designer, and I thought for sure at that time, that I had it for sure. Full-time job, awesome co-workers (only a few), job experiences. But to make that long story short – they wanted to kick me out. Eventually, I left before they could fire me. I had no job for about three to five months but fortunately I was able to get back to work at the post office!

A couple of months later, there was a 65th anniversary celebration. A quick explanation – since the Moluccans declared our independence in 1950 from the Republic Indonesia, war broke out. Indonesia took over the islands illegally and in 1951 our first generation arrived in the Netherlands. They put our first generation into barracks – some were former prison camps for Jews of WWII.Years went by so some barracks have been renovated, removed or the community relocated to new houses in tight communities just for us! Not just because we deserve it, but to keep our history and goal of independency in the darkest corner, away from Dutch society. Our anniversary celebration is a tribute to our first generation and keep teaching the new and younger generation how we ended up in this cold country. Never forget where you come from.

That same year, as a tribute, a book was published and a small festival for 3 days straight was organised. I thought it would be cool to design some t-shirts as a tribute and sell them during those days. So I presented the shirts to the guy who was the head of the organisation of the book. I told him my idea and explained the story behind the designs. He was really into it, but for some reason he had to decline. He took a step further and said, “why not keep the idea for yourself and start a webshop”. At that point something just clicked. Next thing I know, I didn’t slept for 2 days, maybe 3, straight. I started to craft my idea into reality. A year and a couple of months later, here I am. It may not be big now but it will grow!

# HOW I MAKE A DIFFERENCE
NUNU & SAKU roughly translated means ‘Tree & Life’. Aside from the mythical story about the sacred mountain Nunusaku, the idea of it is pretty basic. Trees live and survive mostly by weather. Through the good and bad it will survive. I realised that life is the same, and I only found this out maybe two years ago. When times got difficult for me, little did I know that the results only got better. With NUNU & SAKU, I’m hoping to make a difference by showing people – especially Pacifika people – that in time every piece of the puzzle will connect!

I was raised a Christian like most islanders, but I stepped away from religion only believing in God and my ancestors. But I approach my work neutrally so that the platform of NUNU & SAKU becomes neutral. With this brand I’m hoping to support and help people that have (similar) battles on their on!

When a seed is planted and it will live for thousands of years. It has seen so much and will spread its seeds to create new life. Create your work, let it last for a gazillion years and spread your success of seeds. That is the goal of NUNU & SAKU. Along with that message my personal goal is to be the first Moluccan|Melanesian that uses our traditional language as a name brand and bring it across the globe. All attempts (so far) here in the Netherlands were contained within our own community while I’m trying to cross that borderline. I’m hoping to do that within 5-10 years from now.

# MY ADVICE
It really sucks if you don’t know what to do in life. Trust me I’ve been there. I only found out just two years ago what I really wanted to do. Only then was I able to start to envision my dreams and goals. So I don’t really believe in “finding your passion”. I believe that in time it’ll cross paths with you for sure. When that happens, just act on it. So here is my advice for young Pacific people.

1. Never be ashamed about what you do and how you do it, to get to what you’re trying to achieve. Just do it. I’ve worked at creative design companies and it was a great position to be in. But now I work at the post office sorting mails using machinery. When people ask me what I do and I tell them the truth, I know exactly what comes to their mind. A 27 year old working at the post office is not a future job. To them it is a big step backwards on a professional level of a career. But I work early in the morning and finish in the morning. That means I have the whole day to work on my craft.

Our first gear since we have started late 2016. We learned much about it and we will continue! Got some new stuff coming soon __________ ⠀⠀ Have you listened to our last weeks playlist yet? THE JAM SESSION #008: “… It took a good amount of time of searching to find my top songs of 2016. It took a while but I had to break it down in more than 5 songs. A year is a long time u know. But my mind is in a bit of a rage. If this makes sense but my mind goes super fast and super slow at the same time …” ⠀⠀ Read for more and take a listen on the blog including Outkast, Rage Against The Machine and more | Link is in the bio __________ ⠀⠀ What is the Jam Session? Every Wednesday we share our top songs that we are listening to over the previous weeks during work. We believe that music is one of the few keys of hard work and dedication. It can be old ones or new ones. Pop, Rock, Hip-Hop U name it. We just love good music! Comment below if I have any songs that U reckon for us to listen to ⠀⠀ #WeNeverMissABlogPost ⠀⠀

2. Build your network. I’m in it to win it, but I love helping others. I build this brand as an oath to my culture. Helping the Pacific community comes along with it. It doesn’t have to be in the same category as mine, but if you’re passionate about something, a vision or you have goals to achieve like I do, we can talk. For example to whoever is reading this; if you feel like you’re in the same situation as me, can send me a Direct Message right now, and we can share our achievements, our goals, interests or maybe a collaboration. It’s that simple for me.

# SUPPORTING MY WORK
You can follow the brand on Instagram at @official_NNSK. Like, share or leave a comment. My personal account is @Marahutu. It’s private now, but you can leave a message that you came through via Talanoa. All goods. Thank you Arieta for letting me share my story. Shout out to my fellow Moluccans and West Papuans in Aus. 60+ years went by, but eventually we’ll get there #Merdeka! And of course shout out to you who’s reading this. Horomate.