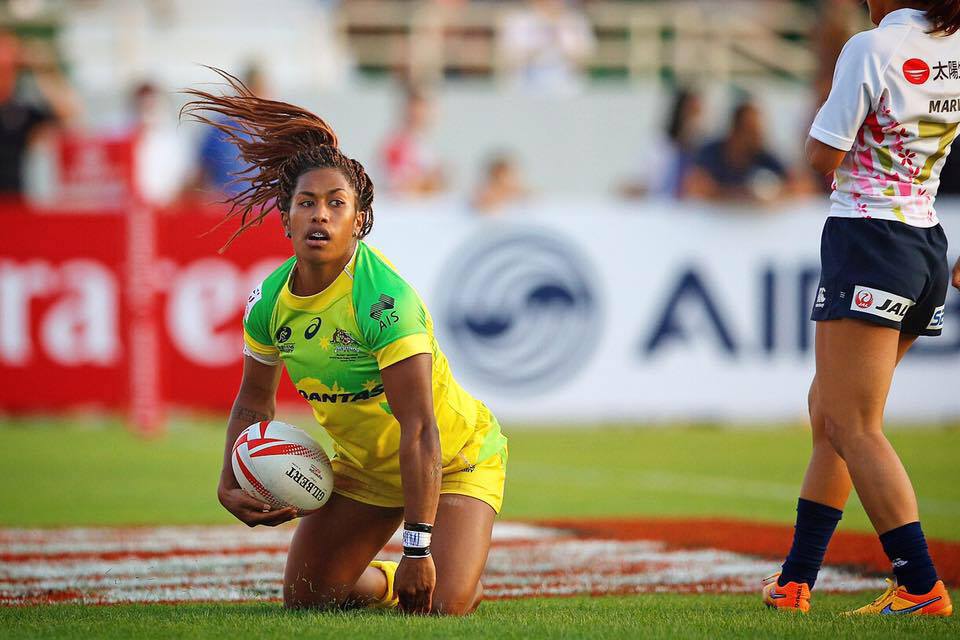 At first glance, it’s easy to assume Ellia Green’s athletic talent is credited to her Fijian heritage. But it only takes a short talanoa to realise it took much more than pure Melanesian genetics to be the first Fijian in history to win an Olympic Gold medal at Rio, earlier this year.

“Hard work will beat talent when talent doesn’t work hard. I came from being a sprinter into Rugby Sevens, and all I could do was run fast. I knew I had to do a lot more than that to stay in this (Australian Women’s Rugby Sevens Olympic) team and be successful.”

Proud moment to have met the Prime Minister of Fiji and to be to first Fijian in history to medal at the Olympics and our team the first Rugby Sevens team to win Gold in history ! #historymade ?????????❤️ @aussie7s @ausolympicteam

Born in Suva, Fiji, Ellia was adopted by Yolanta and Evan Green, a Polish mother and English father, who raised her and her brother in Australia. She says she was lucky to have been shaped by the experiences and opportunities her parents gifted her with.

“I was blessed to have been adopted by two good people. My Dad, who passed away when I was 3 years old, was a well-known figure in Australian rallying, a successful book writer, and a commentator for the Olympic games for Channel 9. Mum was also a journalist and she raised us as a single mother.”

“She provided us with a great life, a great education growing up in the Central Coast in New South Wales, and the opportunity to continue my studies to become a nurse after school.”

After a year and a half of studying nursing and training full time at the Australian Institute of Fitness, Ellia made the difficult decision to give up both nursing and athletics for rugby sevens.

“It was a big decision. I’ve been training since I was 12 years old, and was very dedicated and obsessed with athletics. I would write my goals of all the things I wanted to achieve and hang them up with pictures of all the fastest women in the world. I never stopped dreaming.”

While her mum Yolanta encouraged her to take the leap over to rugby sevens, her athletics coach, and many others, didn’t have the same faith.

“He thought the idea of training for rugby was ridiculous – so did a lot of people – because they’d say I could be the fastest woman in the world if I kept trying, especially with my mental attitude.”

Over the moon to have mum here to watch me play this weekend ??? #yingtomyyang #bestwomanintheworld

After a lifetime of dedication and support, its no surprise Yolanta was the driving force in her career. Ellia says she spotted her love for sports from when she could walk – and eventually run.

“Mum says I used to run around the pool in Fiji and when I got to school, I loved competing in 100 metres. I had a big afro and I’d look for her in the crowd and wave at her the whole time.”

“She just knew I loved running and gave me every opportunity there was to make sure I could be the best athlete I could be. She started by signing me up to little athletics, then signing me up to my first gym – when I was little she even bought me weights so I could lift at home.”

When asked about the biggest challenges so far, it comes down to injuries, and supporting her mum through a second diagnosis of cancer.

“It was a real challenge, because that was during the qualifying stages of Rio. She’s my strength, my heart and my everything – so it was really hard to train and perform while she was unwell.”

“I was flying back to Melbourne every two weeks for her treatments, and then flying back to Sydney to train to try to qualify at the time, as well as touring. So it was a really challenging point in my career.”

Now that Yolanta is healthy and well, Ellia maintains the importance in giving back to people who have not been as fortunate to have the mother she has.

“She’s given me the greatest opportunities in life as a gift, and that’s why I love to give back.”

Ellia is a proud ambassador for Schools Rebuilding Schools, an initiative by Reach 4 Your Future Foundation, supported by Microsoft, the Australian Government and Fiji Government, among other major partners.

Proud to be an Ambassador for ‘Reach 4 your Future Foundation’ to rebuild a school in Fiji that was destroyed by the cyclones ✊?✊?✊?????????? #fijiforever

“If you ask anyone who’s been to Fiji, the first thing they’ll say is how beautiful the people are there, and how happy they are, even when they don’t have everything that a kid in Australia has. That in itself inspires me, because I’m one of those kids in Australia that’s been given this great opportunity in life to have a great career.”

“Even if they’re playing rugby with a bottle or a rolled up newspaper, they really want to do well – and they will – if they have the opportunities we have here. I’d like to give them the same advantages I’ve been given in life.”

When all is said and done, Ellia says she hopes to leave a legacy she’s proud of – and that her story has made a meaningful impact on generations of women and children to come.

“I want every girl to know they can do whatever they want in life, whether it be a builder, a mechanic, a rugby player – any job – and that there is no stereotype in being male or female.”

“I’d like to know that I was a part of that change. I’d be very proud to know that kids have all opportunities, no matter where in the world they are, to do whatever they want in terms of education and sport.” 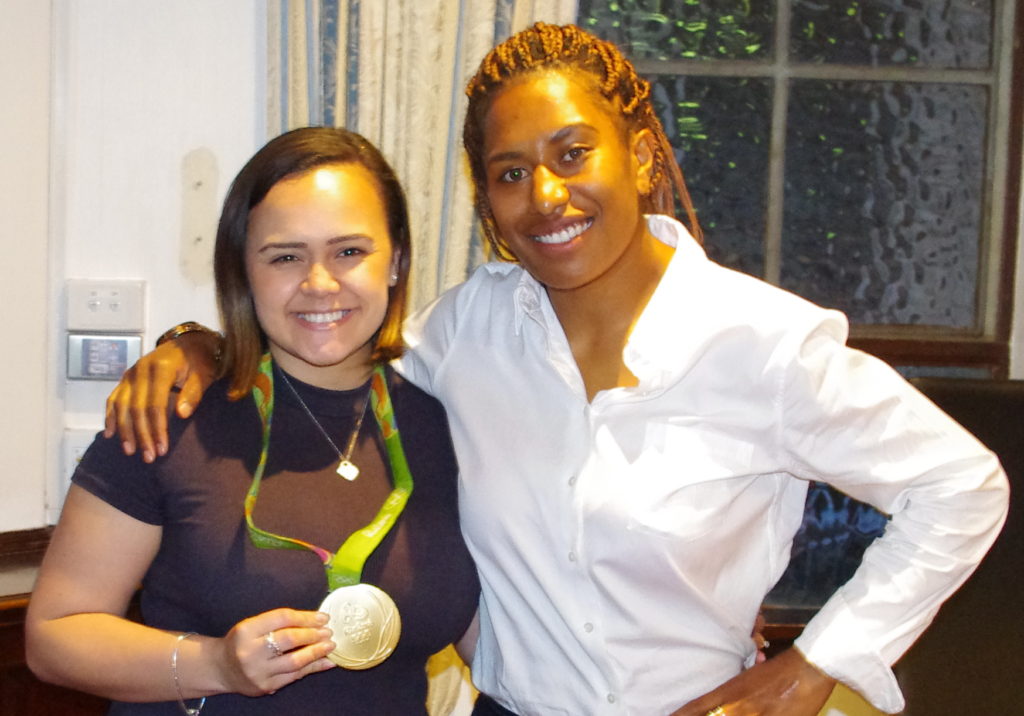 If you’d like to meet Ellia Green, she’ll be attending the launch of the Schools Rebuilding Schools – Reach 4 Koro Kade Village On the 26th of November 2016 at Novotel Parramatta. Ellia will be joined by fellow influencers and rugby sevens team members. Click here to purchase tickets, and to find out more. We’d like to thank her for sharing her story with us, and we’re excited to see what the future has in store for her and her career.

Our Talanoa team are based on Kanaka Maoli, Gadigal, Dharug, Jagera & Bibbulmun Country. We acknowledge their peoples as the traditional custodians of the lands, seas and waterways on which we move and tell stories. We pay our deepest respect to their elders – past, present and future – and through them extend our solidarity to all Kanaka Maoli, Aboriginal and Zenadth Kes peoples.