A Pacific without NCDs for our children, is it a dream Beyond the Stars?

The impact of non-communicable diseases is more than an alarming statistic for people across the Pacific. For many of us, it’s a scary reality. Illnesses such as diabetes, heart disease, stroke and cancer touch our parents, aunts, uncles, siblings, cousins, and friends. Around 70-75% of deaths in the Pacific are attributed to NCDs, many of which are premature (under the age of 60), and even worse, are preventable*.

Late one night in 2008, after finishing a graveyard shift, I took a call that changed my life. At 56, my Dad, who we thought was in complete health, collapsed on his way home from town. He’d had a major stroke. A few hours later, I was on a flight to Nadi, and within one full day, I was sitting by his bedside in CWM hospital in Suva. Those 24 hours marked a complete shift in the lives of my father and our immediate family members.

Today, Dad is alive and well. But almost losing my precious Dad to a non-communicable disease changed me forever. Never again have I taken my health or the health of my loved ones for granted. Sadly, however, I know I am not alone. In the Pacific, our story is not uncommon.

Many people from different sectors, governments and organisations have tried to solve this issue. But in the last 10 years, it feels like we’re moving at a snail’s pace. The statistics are still rising, and it feels like Pacific people’s lifespans are shorter and shorter, complicated further by challenges like extreme natural disasters and climate change.

It begs the simple question – when will it stop? And, more importantly, what can we do about it?

Never in my wildest dreams did I think that the answer would come through what felt like a random meeting with a storytelling genius in Surry Hills.

Two years ago, I met Tash Tan, Co-founder and Head of Digital and Interactivity at S1T2 (story first, technology second), a successful agency that tells stories using new technology. He invited me to his studio and shared his dream of solving the issue of NCDs in the Pacific, starting in Fiji.

Tash’s idea was to combine classroom learning with technology to tell a simple story to reconnect kids with culture and tradition, to help inspire a healthy lifestyle.

While I was excited by the idea, I did have my questions and concerns, all of which he gracefully took on. What was his connection with the Pacific? Did he have the time and the funding to do this right? Or was it just a fluffy idea?

By presenting the same idea, Tash and the team at S1T2 were awarded (by DFAT innovationXchange and SecondMuse) with an opportunity to create the best social impact innovation in the world to address Fiji’s biggest health issue – people suffering from non-communicable diseases. And Tash was dead serious about seizing the opportunity and bringing this idea to life, in a way that had never been done before in the Pacific.

Where did he start? With talanoa.

When Tash and I first met, he was looking to connect with Fijians from different careers and walks of life to learn as much as he possibly could about Fiji – the culture, the traditions, the lifestyle, the school curriculum, children’s popular interests, how people interact with technology, what had the potential to inspire the nation (think Rugby 7s!) – everything.

That dream, and those talanoas and conversations, led to the creation of Beyond the Stars. Of course, Tash did not work alone – armed with an incredible team of designers, animators, developers, illustrators, advisors (that’s where I fit in) and more (special props to Aiyana Merlo) – together (I dare say) we, produced something pretty spectacular.

To borrow from S1T2’s description:

“Beyond the Stars is a world-first six-part education program that uses innovative technology, play-based learning tools, and storytelling mediums to inspire Fijian children to adopt healthy living habits, self-educate on subjects from the school curriculum and additionally consider the impact their actions have on the environment.

In the story, children embark on an exciting adventure to reclaim the lost magic of the land, in the process learning about healthy living, nutrition, physical activity, traditional produce, local culture, and more. Through this experience, every child is empowered to decide their own future, and the future of the people around them.”

You have to see this thing to believe it. Beyond the Stars includes an animated film, interactive storytelling game played on tablets or smartphone devices, educational storybook incorporating existing curriculum and national policies and agendas, VR experience introducing the story in first-person, teacher training workshops and handbooks, and finally, in-school engagement with students, teachers, head teachers and mother’s clubs.

As you can imagine, building such a program took a lot of time, especially while travelling to and around Fiji. Here’s part of a message Tash sent to the S1T2 team following his most recent trip to Fiji, which I think briefly describes Beyond The Stars and the immense amount of work that’s gone into developing such an incredible program.

“I had with me an innovative educational program that they (people from the different Government ministries and major businesses) could see, feel and experience. This program and the materials I brought with me proved months of hard work, creative and technical prowess and the ingenuity of bringing it all together. Combined with the school curriculum, national policies, and scientific data, it demonstrated an immersive narrative that could be interacted with and enjoyed. What I was showing everyone in Fiji is something that they had never seen before.

As I went from meeting to meeting, I grew in confidence that what we had was truly unique. Each meeting typically went from scepticism to disbelief as each person left the room with a sense of wonder, dreaming of what we could achieve in the fight against NCDs. It was during this that many asked me question after question including things like gender inclusivity, how data would be saved, why are games effective methods of teaching, how will behaviours be modified – all these questions and more are the same questions I’ve asked you all for help in solving over the last year. And it was through this interrogation process that I was able to put any doubts to bed.”

With this kind of approach, Tash gained my trust and respect as someone who is infusing Pacific stories into his work and presenting them back to our children to create long-lasting positive change. Behind the scenes, I have seen that this project has not come without risk and sacrifice. Creating Beyond the Stars has required endless time, energy and a whole lot of resources.

By seeking my advice as a cultural advisor and Pacific storyteller, Beyond the Stars has also tapped into a dream I once thought was impossible of achieving through my work – my own dream of doing my part to help address and solve the issues of NCDs in the Pacific. Talanoa’s involvement has extended to include our Creative Director Emele Ugavule too, a partnership I am deeply thankful for.

I have heard so many Pacific and non-Pacific people say that the issue is that Pacific Islanders are lazy, financially unsavvy, poor in time management and are uneducated when it comes to healthy eating. Those reasons have never sat well with me because personally, I know my father is none of those things. He is a well-educated, intelligent, and cultured family man who was successful in business and in serving his community.

The issue of NCDs runs much deeper than trying to change people’s behaviour. It’s about changing unhelpful mindsets when it comes to food and exercise. And while it may take some time to change these mindsets in us and in our elders, what about our children?

It’s not too late to present positive ideas and information about healthy living to our children. But not just through textbooks or chalkboards. Through fun, interactive learning that can open children’s minds to a whole new world where they are in control of their own destiny. That’s why I believe Beyond the Stars will work. It’s also scalable – it has the potential to grow and impact children much further than the shores of the Pacific. It could shift the mindset of a generation, starting in small classrooms across remote, rural and urban areas in Fiji.

A Pacific without NCDs for our children, is it a dream beyond the stars? I don’t think so.

Next week, Tash and his team are launching Phase One of Beyond the Stars in Fiji. In partnership with the Ministry of Education, Heritage and Arts, this pilot phase of the program will focus on selected year 4 primary schools across Suva, Nausori, Ra, and Nadroga. It will involve 9 schools, 250 students, 18 teachers and head teachers, and more than 2,000 surrounding family and community members. Tash and S1T2 will need a whole lot of funding to launch Phase Two (something along the lines of $1.97m), but I am hopeful that Phase One will get us there.

In the meantime, I’m excited to see and share the reaction of children and teachers in classrooms as they explore a new world through Beyond The Stars. As Phase One unfolds, I’m sure there will be areas for learning and growth, as well as golden wins along the way. Until then, I will be waiting and dreaming of what a future without NCDs could look like – a dream that might not be as far as what lies Beyond the Stars. 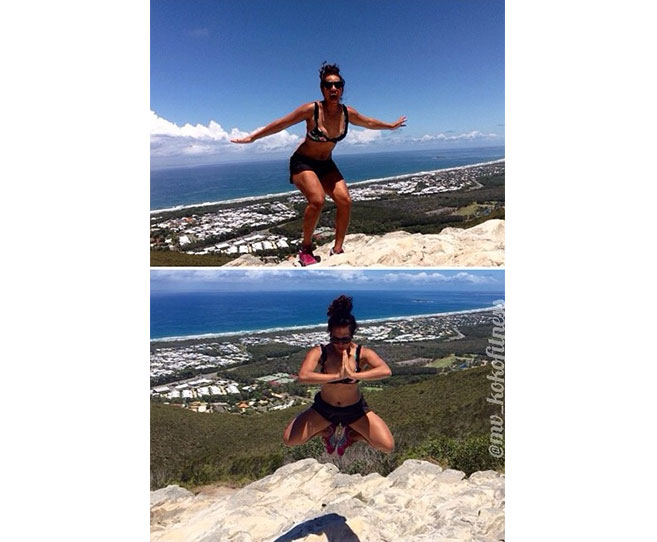