“It’s about coming back to where we’re from.” 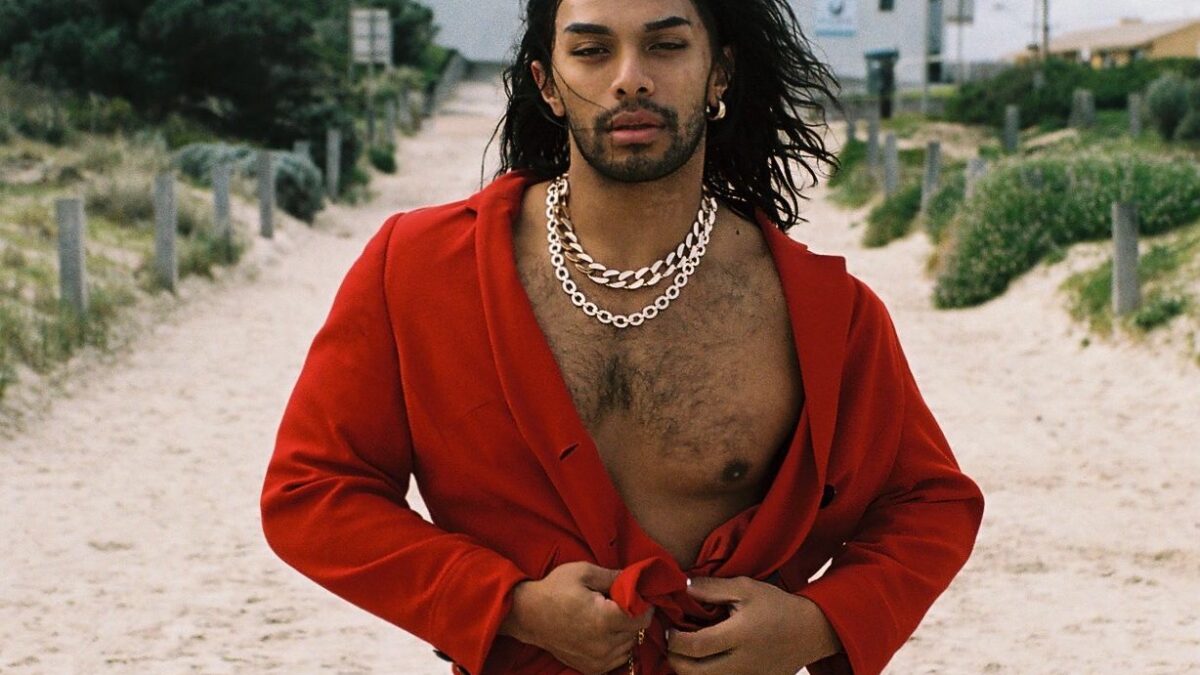 Every now and again we come across people who not only advocate for Pacific representation,  but encourage Pacific leadership. Thomas Fonua is a Tongan-Samoan contemporary dancer who  has been paving his own path of leadership in Adelaide Australia. Originally born and bred in  South Auckland, New Zealand, he has travelled the world performing with prestigious dance  companies for over 10 years. On the side, he has a BA in Economics, an MBA in Cultural  Leadership and spends his spare time lecturing at universities. We sat down with Thomas to hear  more about his Pacific-led approach.

First of all, thank you for sharing your time to speak with Talanoa. Shall we start off with you  simply just telling us about yourself?

Yes, absolutely. Talofa lava, my name is Thomas Fonua. I am of Samoan and Tongan descent. I  was originally born in New Zealand, but I’ve been living in Australia for about nine years. I mainly  operate in the lexicon of western contemporary dance. But obviously my point of difference is  being of Pacific descent. In the past five to six years I’ve started building my body of work as a  choreographer and then aside from that, I also have a couple of degrees as an academic. So I’ve  got my hands in a different a couple of different pies. I also do a bit of drag as well on the side –  her name is Queen Kong and she looks like the Samoan-Tongan Beyonce/ Serena Williams/ Dwayne the Rock Johnson. But that’s like short version of what I am and who I am.

You mentioned your point of difference is being of Pacific descent. How does your Tongan  and Samoan heritage inform your work?

I guess my Samoan and Tongan heritage informs everything. It’s not even just like my work, it’s  the way I live my life, the way I see, the way I speak. I just have a real awareness of who I  represent and the lineage that I represent. I come from a line of talking chiefs on my mom’s side,  tulafales (orators). And I guess in my adult years I’ve really investigated and understood why it’s  so important for me to be the mouthpiece and to speak not only for myself, but for who I  represent. Operating in contemporary dance, I’ve been working for about 12 years full time. And I  first started in Black Grace dance company at 16 years old, which was the only full-time dance  company in New Zealand at the time. They’ve been operating that space for about 22 years now.  It’s a Pacific contemporary dance company and it’s the longest-running continuous dance  company in New Zealand. So the beauty of being able to start my career in a company like that,  where I was surrounded by people who looked like me and also had the same awareness of what  we were dancing for, really set me up for what I faced in my career outside of that company  working in western spaces. So, yes. It informs alot.

And in navigating in western spaces often, how do you uphold your sense of identity as a  Pacific person and who you represent?

As I said, I come from a line of talking chiefs. So orators – their version of storytelling or my  grandfather’s version of storytelling was a very traditional way of working. Whereas my generation  was the first generation in my family line to be raised in a western urban environment around  western education, pop culture, sexuality. There are so many facets that now influence us as  Pacific Indigenous people. And I guess where I draw the line, and where I continue the line, is  taking the awareness of what the stories were and trying to speak to what the stories are now for  this generation and us moving forward; the struggles we face as well as the victories that we’re  starting to see with all of us doing this kind of work and operating in these western spaces. That  awareness is something I find to be very unique to people that I’ve worked alongside who aren’t  of Indigenous descent or people of colour. There’s an awareness that we bring into the room of

who we represent, and my success has always been because I brought my ancestors on stage  with me and I really am using myself as a vessel to speak to what I am, where I come from and  who I represent. That’s my point of difference. It’s my strength. And you can feel that gravitas or  the presence of these stories because my stories and my voice is bigger than me. This emotional  body that I use to create and perform with – when I get to the depths of what I think is my  emotional body, it’s still like 10 more feet down that I haven’t even discovered yet. There’s more  strength down there, there’s more guts. And that’s because of where I come from and where  we’ve come from. So in a western space it’s very common to be getting comments from audience  members saying “Oh, my God. You’ve got such an incredible presence on stage. you could just  stand on the stage.” And I know that power is bigger than me. Because we are one single body  representing these big shoulders that we’re standing on. It’s definitely something in my adult life  that I’ve really been able to celebrate. And also encourage people that are coming up under me to  really hold space for who we are, what we are, and not to check those ancestors at the door, but  bring them into the space.

Do you have a vision for future emerging Pacific contemporary artists?

Definitely. I’ve got a huge vision and dream for all of us. And it’s about coming back to where  we’re from. First things first that need to be addressed, in terms of the arts and entertainment  sector that we’re operating within, is the leadership model. I’ve dedicated lots of my career time  to part-time study. I got my bachelors when I was working with Black Grace part-time, and then I  then went on to get my master’s part-time while I was working full time with the Australian Dance  Theatre. And I’ve just recently started my Ph.D. around this idea of cultural and Indigenous  leadership, which is a lateral style of leadership: people peak when they need to, but we all create  and make decisions together. The best example of this is looking at the way that our elders work;  our uncles and aunties, the way they sit around and no voice is bigger than the other. Gone are  the days where this western hierarchy works. You know, if it works for some of us and not all of  us, then it doesn’t work. So first and foremost, my vision is to inspire not only young Pacific  Indigenous artists and thinkers but moreso to encourage Indigenous leadership. To really nurture  our up and coming generations to think about the leadership styles that we’re prescribing to  because of what we’ve experienced. As artists, we have a responsibility to speak for people, but  also to challenge people. If it’s not about us then you might as well be performing on the lounge  or in the shower haha. It’s about everyone else and a space that you hold for others. So, yeah, I  guess my biggest vision is to reintroduce this leadership style that has existed but has gone  unacknowledged up until this day. It is lateral leadership: sitting around, everybody has an equal  voice. Everybody is heard, seen and acknowledged. So we can live together as a unit as opposed  to only some people getting ahead.

You just finished the debut season of your first one-man show called Brown Cissy Boy. Can  you tell us a bit about that show?

Absolutely. The reason why I decided to make Brown Cissy Boy is because now, more than ever, I  felt like I was ready to say something or speak on a story that needs to be told. And it’s using my  own personal story of being queer, being cis-gendered, and being raised in South Auckland. I’m  coming from a family of working-class people with a father who migrated to New Zealand as a  child and experienced the shift of coming from a status of being a talking chief. My grandfather  coming to New Zealand and being treated like absolute mud because the way that the systems  work just don’t translate. So really understanding that we are the bottom of the barrel, not really  ever going to really succeed. There was no representation of what I wanted to do other than  rugby.

So my youth was always uncomfortable because not only am I effeminate but because there was  no representation of where I could go. And we were also very religious, like many Pacific Island  families. In between the hours of 3:00pm and 6:00pm while my dad was still at work, I could be  free to be at home with my mom and my sister – until that car came up the driveway. Then I’d get  rid of all the drag, rub the lipstick off, and pretend that I was a man. But mostly, Brown Cissy Boy  is looking at this idea of shapeshifting and code-switching, which is something that essentially  everybody does. It also looks at the idea of shame and ancestral trauma.

The biggest take away from this process for the first incarnation of Brown Cissy Boy was looking  at whose responsibility it is to heal. So the process of Brown Cissy Boy was looking at unpacking  trauma as well as identifying what is my responsibility, what is not my responsibility, and just  taking back power over what has happened to me, to us. And speaking to this idea of shame. My  family had tapa cloth draped across all of our walls in our house. So we had our family crests all  over the place. I could feel my ancestors looking at me in between those walls. And I always used  to feel like I was letting them down because of who I am. Those kinds of things are big feelings  and have taken years to process. And I guess the best way I know how to do that is through art  and through dance. So Brown Cissy Boy looks at all of these big themes and sort of speaks to the  demographic of queer Pacific Island men and women.

This work sounds so important. Just before I let you go, are there other shows or projects  that we should keep an eye out for?

I’ve got a couple of exciting things coming up early next year. I’m going to be streamlining a  Pasifika festival here in Adelaide, which is in a couple of phases. So the first iteration of what that  will be is a Pasifika Day, mainly accessing our South Australian community. I’m putting a call out  to bring all of us out into the foreground so that we can start working together and collaborating.  Brown Cissy Boy is going to be in a couple of festivals. So that’s also in the works. I’m going to  be in Sydney a lot next year making some dance work and storytelling. So a couple of things  coming, which is exciting and all things to do with what we’re talking about. Which is really  encouraging and also just nourishing at the moment. Things that I want to do. Important work, as  you said.

A Pacific without NCDs for our children, is it a dream Beyond the Stars?