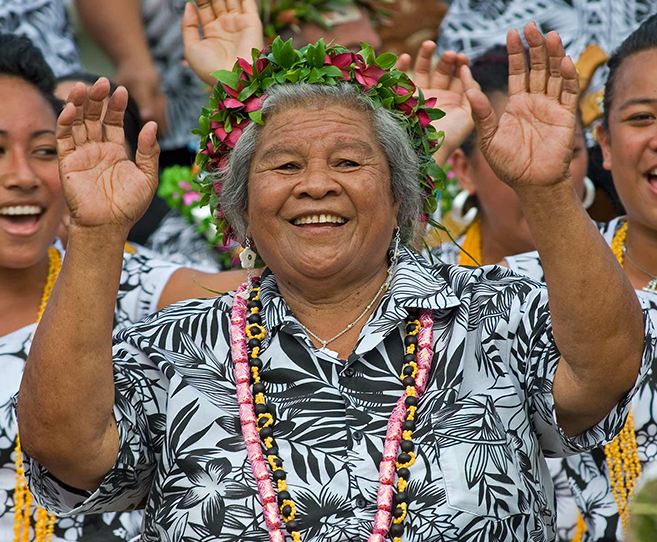 Scrolling through Facebook recently, I discovered that Niue has been debt free as a country since late 2016. Through the leadership of premier Toke Talagi, Niue has paid off approximately US $4,000,000 worth of debt and are no longer interested in loans. Despite hearing offers from big powers like China for large sums of money, Niue is happy to continue operating on moderate development and no borrowing, with an economy made up largely of natural resources, eg. exporting water, bananas and tourism.

The idea of a Pacific country, taking charge of their own economy and being content with a slower pace of development, was something that automatically resonated with me, when reading through the facts of Niue’s current economical situation. Though I am always proud of being Pacific, and how far out of our weight class we punch in the world, I am also partial to the idea of going slow when it comes to development in our island homes.

An example is Hawaii. While the US state looks, to put it mildly, like a dream; and has over decades of visual representation become the physical embodiment of ‘paradise’; in my few visits, I have struggled with the idea that I have to seek Polynesian communities out, where I am used to travelling in the Pacific and seeing the people as soon as I jump off the plane. Obviously, this is because Hawaii’s geopolitical status makes it a place where non-Pacific Islanders are freely using Pacific land.

Alternatively there is Samoa, independent for 55 years with rapid growth over the last 10. Since 2006, Samoa has gone from being a country with 1 set of traffic lights, to at least 5 in the capital alone; a newly built airport; a move to the other side of the international date line (so to be close in time to Australia and New Zealand enabling easier trade); and a change to driving on the other side of the road (thus creating more trade within the Asia Pacific rather than the US). Alongside these changes and progress, Samoa has seen a more prevalent migrant population, often with business interests. Even more recently the government has encouraged the leasing and development of customary (Indigenous owned) land to foreign business interests.

These are the external interests and money that Niue is saying they are no longer interested in. I, as a Pacific Islander living outside of home am just trying to get my head around why we want rapid growth and development in our tiny islands, or conversely, why we don’t?

Will development and new businesses, supermarkets and enterprise mean that the waters around our islands will be filled with plastic, because our garbage collection infrastructure cannot keep up with the rapid growth of rubbish created? Will development and outsourcing of labour for the construction of key buildings in the Pacific take away from our work force? Will the leasing of customary land to foreign interests, eventually bombard our villages with buildings and high density tourism?

The answer is probably. But what is the flipside of enacting a ‘slower’ method of growth and development in favour of being debt free, or perhaps in favour of continuing to look like a throwback of a Pacific from 20 or 25 years ago? Do we get left behind the rest of the world in telecommunications, economics and infrastructure?

What is interesting is that in this connected world, where even the now admittedly humble Niue have access to internet and infrastructure, it has become clear that there is no ‘one way’ or ‘right answer’ for anything, including national development and economic security. Niue is showing us this.

From our view point, being continuously told how depleted the worlds resources are and having witnessed overcrowding in our South East Asian neighbours, would it hurt for us to break ground internationally by showing the world how an economy can work effectively when it uses what it needs rather than what it wants? And on a scale where it covers the largest geographical area on earth?

This is something I realise is far fetched, especially now, when accounting for the hurdle of colonial powers. In my opinion, it is ideal for our Pacific nations to continue being an island paradise. It’s a stronger alternative to encountering potential over-crowding, loss of jobs, sharing of customary land and external debt for the sake of development. As previously mentioned the Pacific is a proud place, where we have been punching above our weight for years. What would be the harm if instead of punching above, by walking in the same direction as world leading countries, we attempted to change their way of thinking by modeling a structure of development that allows sustainability and looks after our people in the long term? Errrmmm… nothing. – Eliorah Malifa.

Eliorah Malifa is one half of ME&MYCOUSIN, a blog that’s inspired by conversations Eliorah and her cousin have with their sisters, friends, mothers and grandmothers, teachers, aunties and of course, their cousins. The photo credit of the featured image on this piece belongs to Niue Arts and Cultural Festival.

Towards a digital Ocean

I Don’t Speak the Language – Does that Make Me Less Pacific?