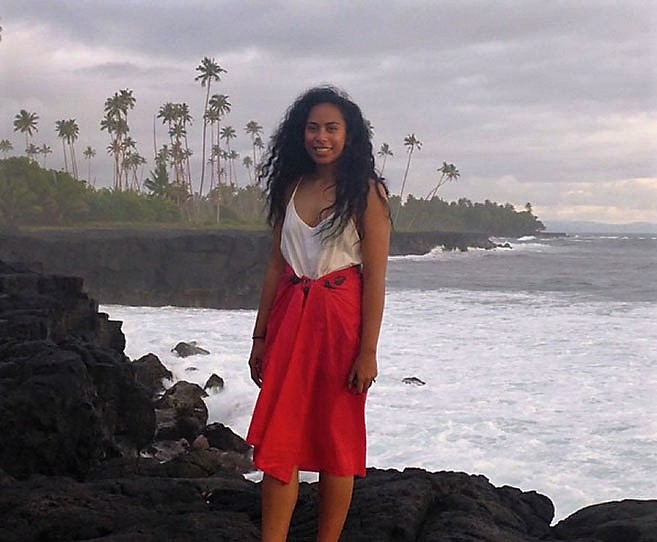 We love how passionate Amy is about challenging and redefining Pacific stereotypes. She understands these stereotypes through experience, and says that she’s often on the receiving end of confused looks as she defies the typical definition of a Pacific person in her community. Her diversity is one of her greatest assets, and as she continues to navigate through her dream of being a Samoan Scientist, her drive and dedication to making a difference is stronger than ever. We’re proud to share her story.

We’d love to know more about you. Who are you, where are you from, and what are you most passionate about?

My name is Amy Maslen-Miller, I am a 22-year-old New Zealand born Samoan woman and I’m very proud to acknowledge both my cultures.

I’m currently a Masters student at The University of Auckland. My research focuses on characterising the genetic makeup of a fungi like organism called Phytophthora colocasiae, the pathogen that causes blight on taro, as well as looking at the infection of the fungi like organism on various taro cultivars. In 1993, P. colocasiae was responsible for wiping out Samoa’s taro crop, resulting in loss of both a staple food source and a significant export for the Samoan economy. With my research I hope to re-establish a taro export trade from Samoa and once again, enable uninfected taro be grown in Samoa.

As I learn more about myself I see that my passion lies in encouraging Pasifika to pursue Science. I’ve realised that within society, inequality, racism and injustice is alive and well. We only have to look in our backyard, where Pasifika are stereotyped as thieves, drunks, doll-bludgers and are only cherished when representing New Zealand in sports.

This is not a society that I want to be a part of and to change this, we need our Pasifika people making changes and calling the shots. I believe science is a pathway for our Pasifika academic leaders to make changes in society. 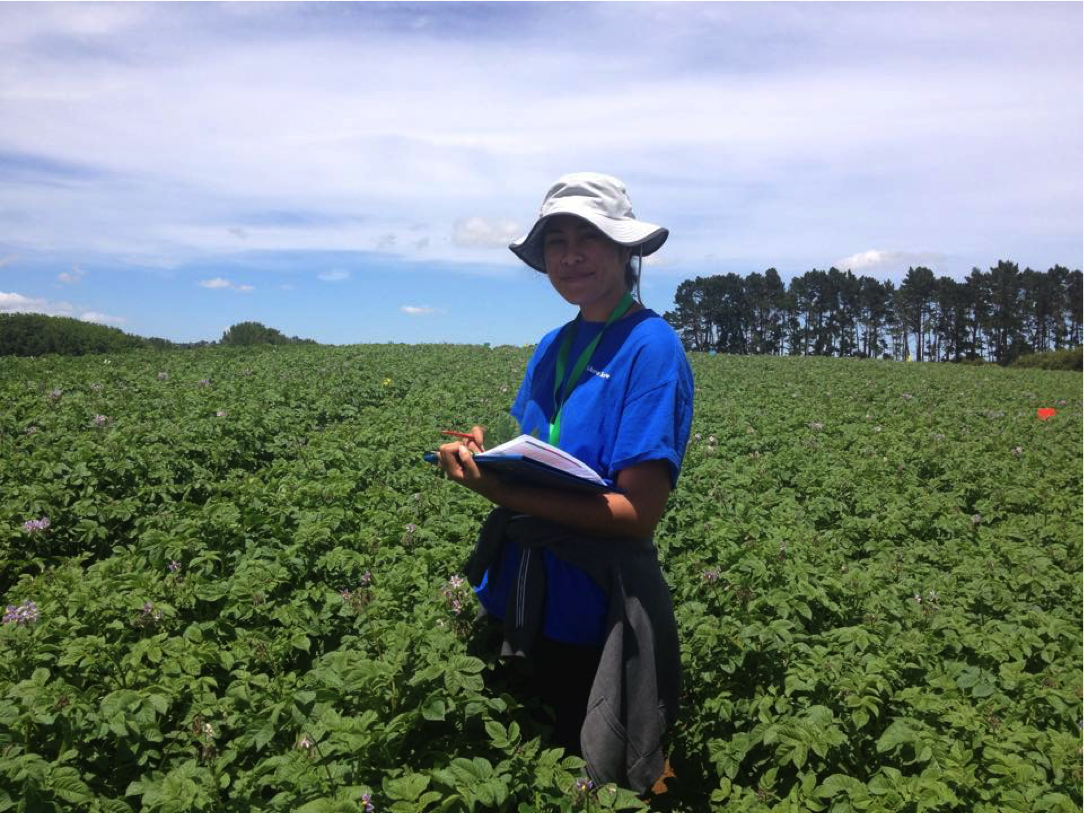 How did your passion lead you to the work that you do now?

When I began my bachelors of Science at The University of Auckland there were so many brown faces in lectures. I was really excited to see them and thought ‘Yes! We made it’. But as I progressed to the end of my bachelors, then continued onto graduate studies, there were only three brown faces. I found it hard to understand why this was the case, as I had been a part of the Tuākana programme (Academic resource for Maori and Pasifika students), where it seemed like there were so many Pasifika studying biological science. But in reality there was only me! It prompted me to ask Pasifika students why so many had dropped out after 1st year. They mentioned answers such as the family needed money so they had to work, the university wasn’t for them and most sickening of all, they were tired of the racism they had to deal with on a daily basis.

As Pasifika we face barriers of racism and stereotypes. I want to prove to society that we are creative, intelligent and more than just rugby and netball players! Samoan Scientist is an Instagram and Facebook page that reveals science from a Samoan perspective as well as some of the experiments and struggles that I faced. I hope Samoan scientist inspires young Pasifika to take science as a career path as well as encouraging other Pasifika scientists to share their stories. There needs to be a network of Pasifika scientists to demonstrate the intelligence and power of indigenous science and Pasfikia people. 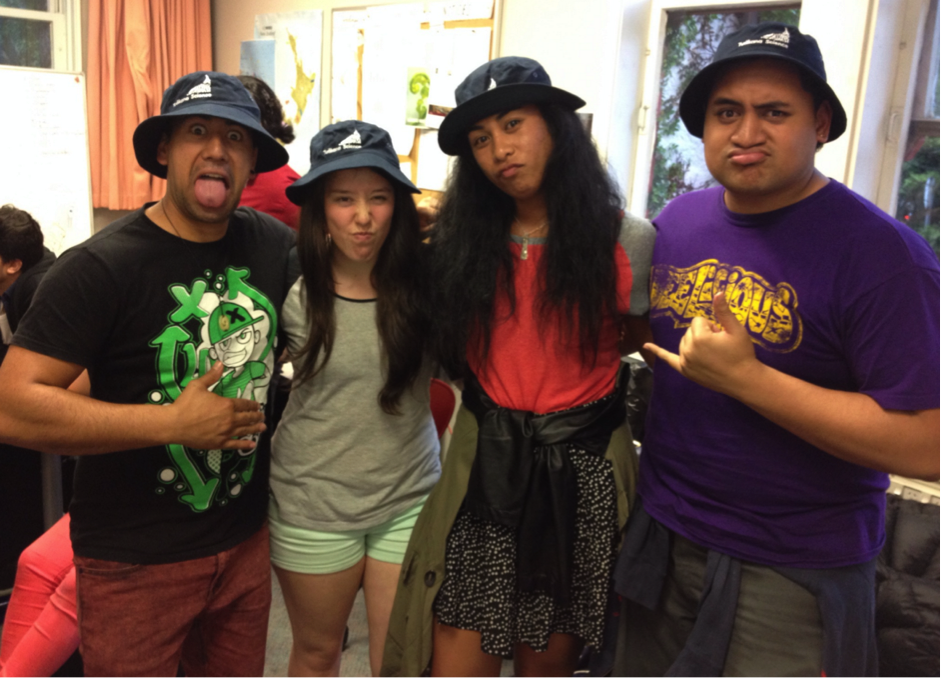 What are some of the biggest misconceptions about studying and working in a science-related field?

You don’t have to be the brightest in the class but you have to be willing to work hard.
Science was my weakest subject at school but I decided to study it at University because I felt that I wouldn’t be stereotyped as the “dumb coconut” if I told my family and friends I was studying science. But as I attended classes I found science really interesting and was prepared to put in the hard work.

Not all scientists wear lab coats
Gone are the days where old men shut themselves in a room and carry out experiments by themselves. Science is about collaboration, where projects are done in groups and communication is key. Some projects can even take you overseas to collaborate with other scientists.

“So you’re studying science? Are you going to be doctor?”
No! There are a variety of science jobs that don’t require you to look after sick people, change catheters and examine patient’s poo, for example, a marine biologist, marine ecologist, science technician, fisheries management, policy maker, aqua farmer plant pathologist, entomologist, park ranger, geologist, Virologist, biometrician, mycologist, geophysicist, zoologist, microbiologist… and the list goes on!

What have been the most challenging experiences in your journey so far? Is there anything you would do differently?

Once I understood the system, with the help of Tuākana, I had to develop a work ethic. During a typical university week I would have an 8am class then stay university until 6pm, go home, have dinner, then study again until 12am. On top of this I had two part time jobs as well as my hobbies. It was definitely a challenge to organise my time around university, but I sure as heck quickly developed prioritising skills.

Starting a masters is my most recent challenge. In order to complete a masters in biological science you create a project where you carry out experiments followed by a 40,000 word thesis. I came into my master’s very naïve, thinking if I do an experiment I will get results and discuss them. However, I’ve found that science doesn’t always work the way you want it to! I spent a lot of my time learning new things, being critical of my work and many a times crying because most of my experiments didn’t work!

Even though masters has been very challenging it is also the most rewarding experience. I’ve learnt so much in a year compared to the 4 years of undergraduate study where the skills I have developed are not only applicable to science but also to life. I feel that I more confident in science and confident in myself as I KNOW I am more than society’s stereotype of a Pasifika women that is ONLY good at sports. 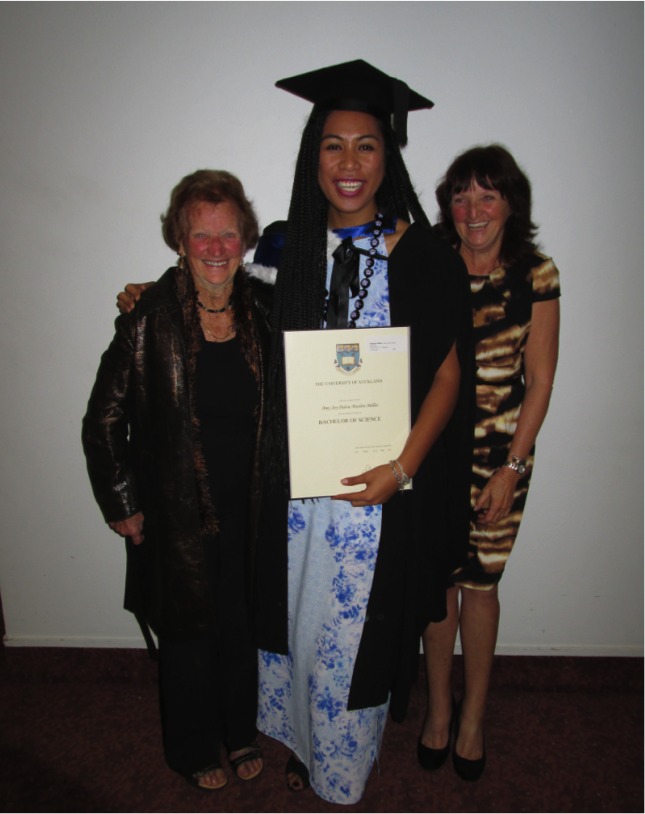 Do you feel that you challenge the Pacific stereotype? How?

Hell yes! I know the Pacific stereotype very well and have been fighting it my whole life. As I was growing up I was one of the few islanders who would be in a swimming squad, gymnastics team, flute, violin, piano and horse riding lesson. It was hard for people to understand my presence in some of these hobbies because it was unseen, however, my mum instilled in me that anything is possible. So I continued to do the things I enjoyed despite the confused looks and comments.

Even now I am still challenging the Pacific stereotype. I am currently the only Pasifika, this year, doing a masters in biological science at the University of Auckland. It is scary to think that when I started university there were more than 200 Pasifika students studying biology and now there is just me. 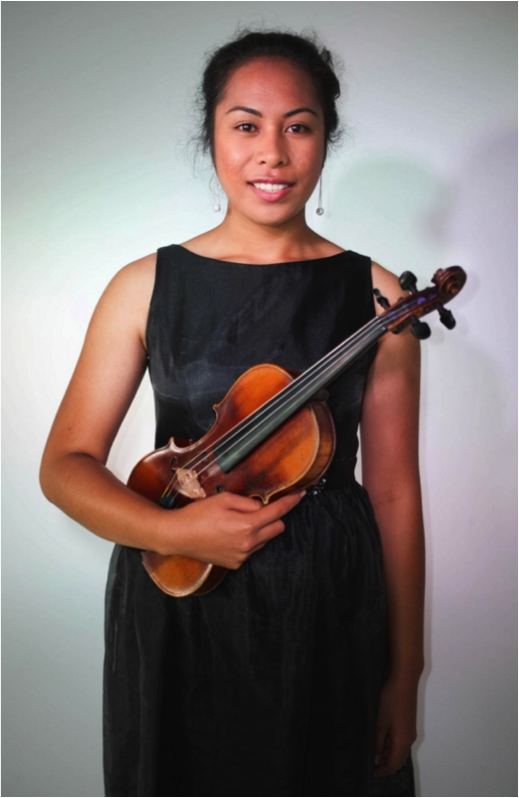 What advice do you have for young Pacific people who might be thinking of getting into science?

Ask questions! Even if you feel they are stupid, they are not! Everyone has to start somewhere.

Make goals. Big and Small. They could range from getting a degree in science to buying stationary for school. Each step counts along your journey.

Believe in yourself. It can be difficult being Pasifika where society can be racist and throw stereotypes at you. Surround yourself with likeminded people and those negative comments are a lot easier to dismiss.

Work hard. Having a strong work ethic is key if you want to be successful in any career.

If you want to be a leader of change for our Pasifika people, academia will give you that authority. Knowledge is power.
If you are wanting know more about Science have a look at my Facebook and Instagram. They show the good, the bad and the ugly of my journey as a Samoan Scientist. Feel free to ask questions! I am more than happy to help.

We’d like to thank Amy for sharing her story with us, and we wish her all the best on her journey in science and beyond. To keep in touch, you can find her on Facebook and Instagram.

Punaoa, Tumama and the Beauty of Albinism